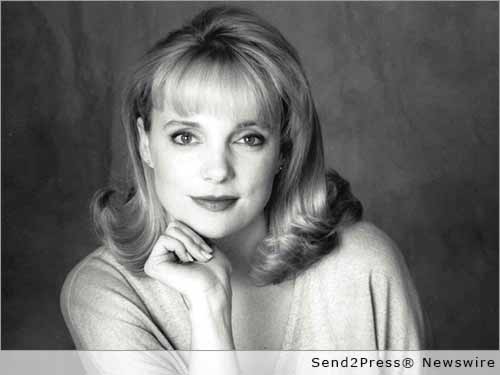 Author Kelly Browne recently announced that her bestselling book on modern manners, “101 Ways To Say Thank You” (ISBN: 9781402747021; Sterling Publishing) was reissued with new digital generation tips on April 28, 2015. This refreshed and reissued etiquette classic, updated with new information for the digital age, provides all the dos and don’ts for appreciation online, along with perfectly phrased thank you note fill-in-the blanks templates for virtually every occasion.

Thank you note starters include everything from weddings and baby showers to business, interviews, donations, dinners, sympathy, charity events, and life’s special occasions in-between. This indispensable guide is the perfect gift and a “must have” reference to ensure you’re never at a loss for words of appreciation.

“We are part of an exciting time as we are able to virtually communicate with people around the world in a split second. Mutual respect, civility, and tolerance for other people’s beliefs and choices, are key in what we say and do-online or offline-as we truly become citizens of the world,” says Browne.

She adds, “Embrace your blessings, be grateful for what you have-you will be happier-and always say, ‘thank you!’ Gratitude is the silver thread that connects us all.”

The book is available now at all major book sellers.

Having written hundreds of thank you notes in her personal, social, and professional life in motion pictures and television, former Los Angeles debutante Kelly Browne has an extensive background in the social graces and has appeared on dozens of media outlets worldwide.

Ms. Browne’s speaking engagements have taken her from being a keynote speaker at the Protocol School of Washington’s National Convention in Washington D.C., to multiple events around the country. As a two-time debutante, Ms. Browne has an extensive background in the social graces, and has received numerous awards for her outstanding volunteer service in the community, including the prestigious U.S. Presidential Volunteer Service Award.

In addition, she holds several pageant titles, is a member of the Daughters of the American Revolution and is authorized by the Protocol School of Washington® to teach Modern Manners for Children. A former film and television development executive, Ms. Browne earned a Bachelor of Arts degree in Cinema and Television Arts as well as a Master of Arts degree in Communication/Screenwriting, from California State University at Northridge, receiving the University’s Presidential Medal for Personal Achievement in Screenwriting. Additionally, she was celebrated by the City of Los Angeles as an honoree for the Irish Woman of the Year – 2014. A wife and mother, Kelly Browne lives in Los Angeles.

This article version is Copr. © 2015 by PublishersNewswire.com, a publication of Neotrope® – all rights reserved.