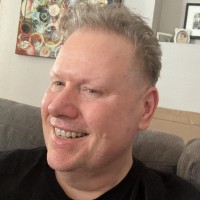 Christopher Laird Simmons is the editor and publisher of Publishers Newswire™, which was established in 2004. Simmons is the founder and President/CEO of Neotrope® which is involved in entertainment, branding, marketing and PR; both online and in traditional venues. He is a current member of the Public Relations Society of America (PRSA), and the American Society of Composers, Authors and Publishers (ASCAP).

He has written for a wide variety of national and regional print publications including Computer Player, CrossMedia, Digital Imaging, Print on Demand Business, Micro Publishing News, Polyphony, Search Engine Intelligence, and Spazz. His business articles on graphic design and Web development were also reprinted by the Graphic Artist Guild in several issues of their member newspaper.

He has written widely online including for PNW’s sister site, Ga-Ga.com.

As the founder of a small publishing company (Mindset Press, now Neotrope Press), he developed over thirty small press publications and “fanzines” between 1987 and 1990, including one that was featured in the “potpourri” section of Playboy magazine. He is the author of a digital art book, fractopia (2008, Neotrope Press, ISBN 978-0-9710555-0-6 hardcover). Two of his more notable ‘zines were The Adama Journal for fans of “Battlestar Galactica” in the late ’70s, and Galaxy Class for fans of “Star Trek: The Next Generation” in the late ’80s.

He has art directed numerous magazines, and was the Chief Creative at the PhotoVentures ad agency from 1982-1987. He has won two Harvey Measurement awards for most responsive magazine advertising (for Mac Mall), and an ARPL design award from Apple Computer in 1993.

Chris has been widely interviewed by publications like PC World on Linux Web hosting (he operated a Web hosting business from 1997 to 2005), TrendWatch on PDF technology, three times by Entrepreneur magazine on PR and marketing (2003, 2005, 2006), and been invited to speak at Seybold, and the annual meeting of the American Intellectual Property Law Association, among others. He has been interviewed numerous times for Internet radio and Podcast programs since 2000, related to public relations and Internet marketing topics. More recently he has been quoted or interviewed by Maryland Community Newspapers, Monster.com, Medical Office Front Desk Pro, Produce Merchandising Magazine, Chicago Sun Times, and Interest.com.

As a photographer he has won numerous “best of show” awards for abstract, glamour, and portrait imagery. He has also created photographic and 3-D imagery for over three dozen national magazine covers. His abstract digital artwork was selected as the cover for the 1997 Science and Technology Course Catalog for the California State University Long Beach (CSULB) and has been featured in numerous major art installations including the 1997 Bytes of Art project in San Francisco. He created his first computer graphics for the Adventure International Atari 8-bit computer game Stone of Sisyphus in 1983.

He has composed music themes for two cable TV programs, including the award-winning VidKidCo, produced by the Long Beach Museum of Art’s Video Annex. As a musician he performed in several bands in the ’80s, including “Pets Gone Wild” that was featured in the L.A. Times Calendar section, and was an L.A. Weekly “band name of the week.” He released numerous independent self-produced albums of electronic music in the ’80s under the name “Bluetoy,” which were played widely on late-night alternative music radio shows, and reviewed favorably in music magazines like Electronic Musician. He re-mastered and re-released the albums on CD under his own name between 1996 and 2000 (his CD Beserker was available on iTunes, Napster, CDbaby, Amazon.com and elsewhere from 2000-2010 but is now out of print).

Brothers from another mother: the original Christopher Simmons noted above is no relation to another slim shady of the same name located in San Francisco, Calif. (of “MINE”) who is also a graphic designer, or another fellow the same age and with the same name in Canada who is also a keyboard player. Any similarity to other felons, gods, or poltergeist is entirely coincidental. 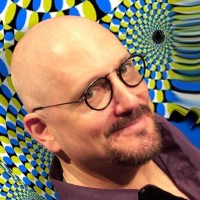 John Scott G is a self-confessed word nerd. For three decades, Mr. G has written advertising and public relations for some of the biggest, smallest, and in-betweenest companies in the English-speaking world. Yes, you can blame him for far too many TV commercials, radio commercials, print ads, brochures, press releases, speeches, ghost-written articles and books, and much too much online effluvium.

“I was a flack, a hack, a scribe, a scrivener, an ink-slinger and pixel-pusher for hire,” he admits. “It was good training for a writer and had the fortunate result of keeping me under a roof and in proximity with sustenance.” But today, JSG is a new person. “I am a new person!” he states. Oh wait, we covered that. Okay, he’s an independent author: a reviewer of literature, a writer of social and political commentary, and the creator of long-form projects such as those quaint items called books.

In progress on PNW’s sister site, Ga-Ga.com, are two large book projects: “Area Code 666,” an experimental novel narrated by the devil; and “Ambient Deviant Speedmetal Polka,” an attempt to describe live music without unduly referencing other music that the reader may have previously heard.

On the side, Mr. G is a partner in Golosio Publishing which creates and licenses music for songs, commercials, films, and TV. A related company, FookMovie, creates videos for recordings in the Golosio catalog (and which has created numerous semi-shocking videos to accompany certain chapters and characters in “Area Code 666”). 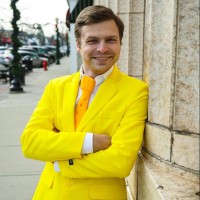 Aaron Ozee is a bestselling American poet that has published nine books of poetry since 2011, writing his first collection titled, “Celestial Inferno: Poems of Another Realm” at age fifteen, which has marked Ozee as one of the youngest authors ever to have been published in the world.

Constructing works of literature since the early age of five sparked a journey that would forever remain as Ozee’s primary focus until this very day in time. After working with components of short stories for several years between the ages of seven and eleven, Ozee had ventured into the artistry of poetic writing and eventually deemed that as his calling in life and his main study in his career. At age twelve, Ozee had begun to compose works of poetry and regularly submitted them to popular poetry database and social networking website, Poetrynation.com. With one of Ozee’s first poems, “Breaking Home,” he was able to grasp a position as one of the top three hundred and five finalists in the United States through a contest headed by Poetrynation.

Three years following the initial launch of Ozee’s Poetry Nation account, he at last came to the realization that it was time to compile his poems together and release his first title with world-leading online self-publishing company, Lulu Press Incorporated. Ozee was an instant success in the eyes of his peers and supervisors as they watched him nearly be featured in every local paper in the surrounding areas of Addison, Illinois, such as The Lombardian, The Villa Park Review, My Suburban Life, and many others that took an interest in his story.

Eight more books would follow in the next four years, all of which were released through Lulu Press Incorporated, Smashwords Incorporated and the Audiobook Creation Exchange as print-on-demand, eBook and audiobook products.

In June 2015, Ozee successfully claimed ownership of the world record title, “Most Books Published By A Teenager,” and was officially honored by Record Setter, a leading world record organization.

Today, Ozee is continuing onward towards the next greatest milestone in his career as a professional author and entrepreneur. Aaron Ozee presently stands as one of the 21st Century’s “most prominent and renowned poets.”

Bios provided by each contributor.