Very little has been written about the children of Holocaust survivors and the psychological impact passed on to them through the silence of their parents, says author Jerry Elman in his new book “Miracles Through Hell” (ISBN: 978-0578348711; Waterview Books). 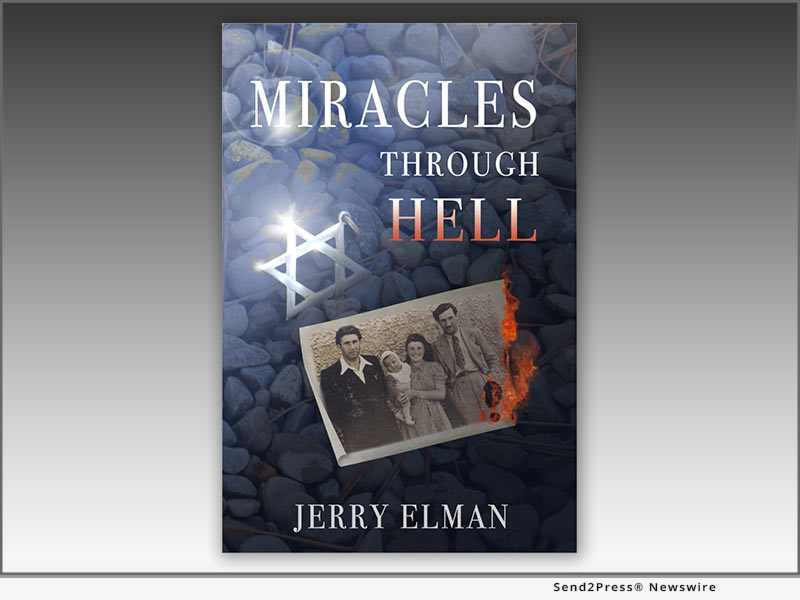 Very little has been written about the children of Holocaust survivors and the psychological impact passed on to them through the silence of their parents, says author Jerry Elman in his new book “Miracles Through Hell” (ISBN: 978-0578348711; Waterview Books).

“‘Miracles Through Hell’ is a deeply moving account of bravery, luck, and redemption, uncovering the details of my parents’ lives before the Nazis took control of Poland, leading through the miracles and hell my parents experienced as the war raged on, and finally, reveals the trauma of second-generation survivors,” says Elman.

Through the telling of his family history, Elman’s own story and concerns about America’s future are told.

The release of the book is planned for March 2022 on Amazon.

“To be honest, I have never had such an emotional reaction to reading about the Holocaust and the experience of the Jews in Europe during this time. I had to go slowly because I found myself reacting very strongly to some of the details you have included. For example, I thought about the vulnerability of Jewish women specifically and was placed back in time, feeling nauseous at the thought of my brother escaping while I stayed behind. I thought about all the untold stories of pain, bravery, and guilt. I had to stop working, close my computer, and talk to my husband about the emotions I was feeling. I am confident your book will have a huge impact on those who read it.” — Yasmin Gruss, Professor/lecturer, Brooklyn College, CUNY Professional Book Editor.

Jerry Elman was born in 1954 in Syracuse, NY. He has lived in the Rochester, NY area for almost fifty years. Both his parents were Holocaust survivors. He is a first-generation American. Children of Holocaust survivors have been referred to as second-generation survivors. The emotional impact on the parents carried over to their children. The Holocaust was never discussed. Like other second-generation survivors, Jerry lived most of his life not knowing his parents’ stories or his European roots and family. He did not understand his emotional issues as he grew up.

In 2021, at age sixty-seven, he began searching files and documents his parents left behind. He started his research effort. Every piece of information led to other information. He connected with resources at the US Holocaust Museum, Yad Vashem in Israel, YIVO, JewishGen, the University of Southern California (USC) Shoah Project and others.

Jerry successfully found all the information that became the basis for this book. This is his first book as an author. It is a work of love and closure to questions never answered most of his life. Writing this book was a cathartic experience for Jerry.