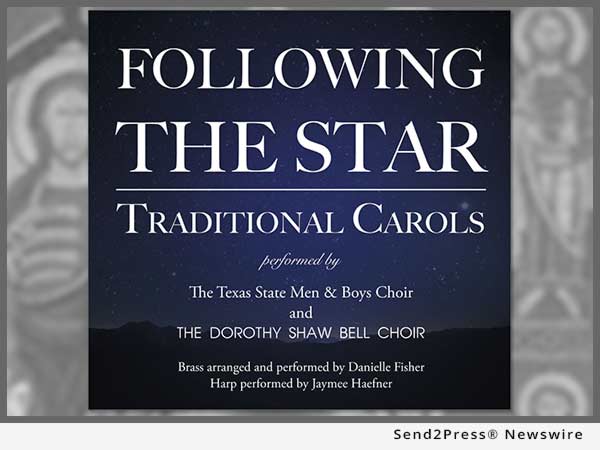 “We wanted to bring back the tradition of voices and bells together,” said Gary McGrath, Producer of “Following the Star” and Executive Director of The Texas State Men & Boys Choir. “This record really became something special. A collection of music celebrating the true meaning of Christmas.”

One of the stand outs on this album is “The Four Old English Carols” by Gustav Holtz. This work holds a special meaning for both organizations. In their hometown of Fort Worth, Texas both The Dorothy Shaw Bell Choir and The Texas State Men & Boys Choir participate in the play pageant of the nativity titled “The Littlest Wiseman” presented annually as a free gift to the community.

The music in the production is based around “The Four Old English Carols” which will be released as four separate music videos on YouTube.com in December of 2016.