Uproar Entertainment is excited to announce the release of “Black Wives Matter” by Gayla Johnson. A diverse, intelligent comedienne, Gayla Johnson entertains audiences with her stories and her characters, treating her listener to her unique view of the world we live in. 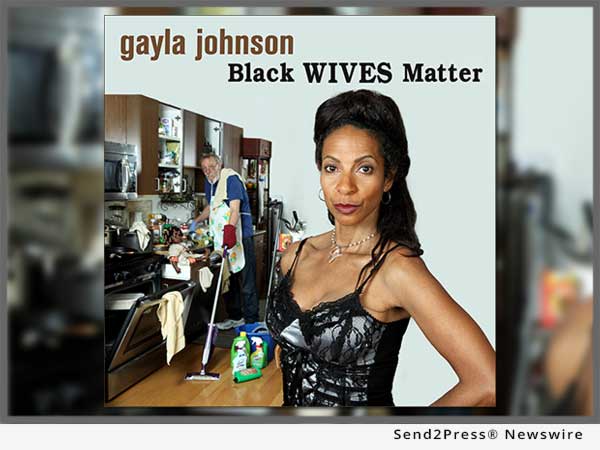 A diverse and intelligent comedienne for today’s discerning audience.

Uproar Entertainment is excited to announce the release of “Black Wives Matter” by Gayla Johnson. A diverse, intelligent comedienne, Gayla Johnson entertains audiences with her stories and her characters, treating her listener to her unique view of the world we live in. Quoted as saying “Stand-up Comedy is the one thing you can do badly and no one will laugh at you,” Gayla has been called “Comedically Adroit” by critics.

Gayla Johnson believes that most people are alike and see themselves in others – in other words, everyone is guilty! Using this as her basic premise, Gayla uses comedy to break through existing “color lines” and appeal to diverse audiences. Drawing material from her personal life stories her performances have garnered much attention. Not only was she honored by the LA Comedy Awards with the Most Hilarious Comedian award, she has also won a host of comedy competitions including, The Ice House Comedy Club Comedy Contest, Positive I Can Entertain Competition, Funniest Female, and The Make Me LAFF Competition.

Among her many comedic influences Johnson cites Richard Pryor, noted for his honest, uncensored and gritty delivery, as well as female comedy icons Lucille Ball, Carol Burnett and Betty White who inspire her with their willingness to think outside of the box, depart from social expectations and take on zany, silly roles that were not expected of women of their day.

Johnson has appeared on Comics Unleashed, SiTV’s Laff Jam, Inside Joke, BET Comic View, TBS Comedy Festival and The Comedy Time Series on YouTube. She is a seasoned television actress with recurring roles on Showtime’s “Fierce Funny Women” and ABC’s “Don’t Trust the B—- in Apartment 23,” as well as “Brothers and Sisters,” “Beverly Hills 90210” and “The Practice.”

As a veteran theater actress, Johnson starred in several productions including “For Colored Girls, Who Considered Suicide When the Rainbow was Enough,” A Raisin in the Sun,” “La Brea Tar Pits: No Exit” and numerous improv and sketch comedy shows.

“Black Wives Matter” is available on iTunes at: https://itun.es/us/DcSvib