Sydney Sherrill, 17-year-old emerging pop artist, premieres live performance video for new single “Vice” and announces $5,000 raised during the performance for Shatterproof, a national non-profit determined to end the stigma of addiction in the U.S. 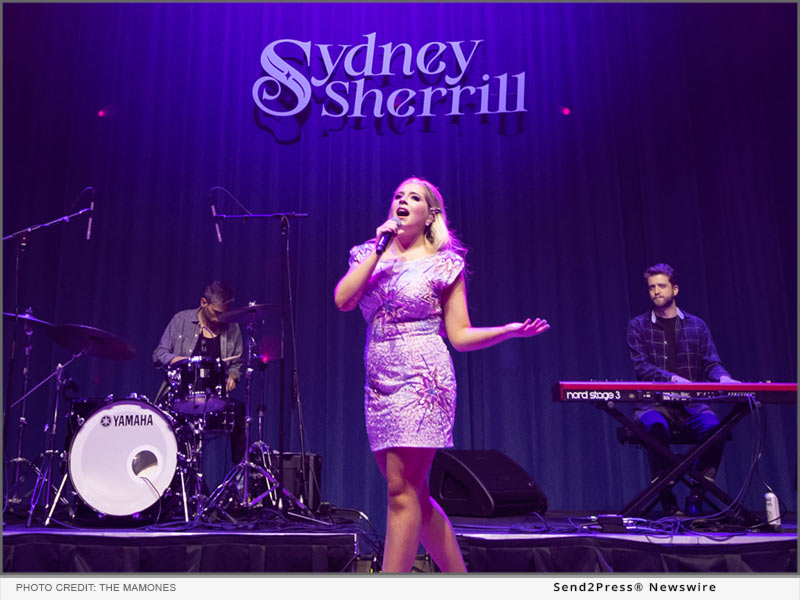 Sydney Sherrill, 17-year-old emerging pop artist, premieres live performance video for new single “Vice” and announces $5,000 raised during the performance for Shatterproof, a national non-profit determined to end the stigma of addiction in the U.S.

“Vice” is the second release from Sydney Sherrill who hails from Dallas, TX. The song was written by Sydney, and recorded at the legendary Blackbird Studios in Nashville, TN. It was produced by Kim Wood Sandusky (vocal producer for Beyonce), who says of Sydney, “It’s rare to see this depth and tone in a voice so young. I can’t wait to see where this talent takes her.”

The song was inspired by Sydney’s older brother who struggled with addiction; she wrote it to help her understand and empathize with his experience of substance use disorder. In the lyrics, she symbolizes the similarities between someone trapped in a toxic relationship to a similarly addictive connection between a person and a substance.

On the heels of the song’s release, Sydney performed “Vice” to a packed audience at The Echo Lounge & Music Hall in Dallas. She raised her $5,000 contribution for Shatterproof at this show, and Sydney, along with her brother, are continuing their work with the organization.

“We applaud Sydney for using her talent to make a difference and we are so grateful for her generosity,” shared Kirsten Seckler, Chief Marketing & Communications Officer for Shatterproof. “There is so much silence when it comes to substance use disorder. Whether it be shame or fear, the stigma felt by those impacted by addiction can be deadly. Sydney is a shining example of how everyone can shine a light on this major public health crisis and use their voice to make change.”

“Vice” has been featured on Spotify on the Pop Rising playlist. Music blog Authentic Audio says of the song, “The combination of earnest songwriting, confident vocal delivery and powerful melodic instrumentation on this song renders it undeniably memorable and captivating with a lot of potential and promise.” Similarly, music outlet Tinnitist spoke just as highly about the song saying, “The melody is strong and the hooks are sharp and memorable. Everything is well-written, expertly produced and creatively executed.”

Sydney’s music meshes the country-pop styling and narratives of Taylor Swift with the rock sound and energy of Lady Gaga. She writes all of her own songs and has been collaborating with A-list producers and musicians in Nashville who have worked on Grammy-nominated artists like Beyonce, Nick Jonas, Garth Brooks & Willie Nelson. Sydney will be releasing a new single in the near future.