After successfully ending an entirely virtual second season, the Lowell Chamber Orchestra returns to live concerts with “A Season of Inclusion,” its third and most ambitious season to date. The season opens with another world premiere: Micah Roberts’ “Hypernovae,” a fantastic overture inspired by the cosmos 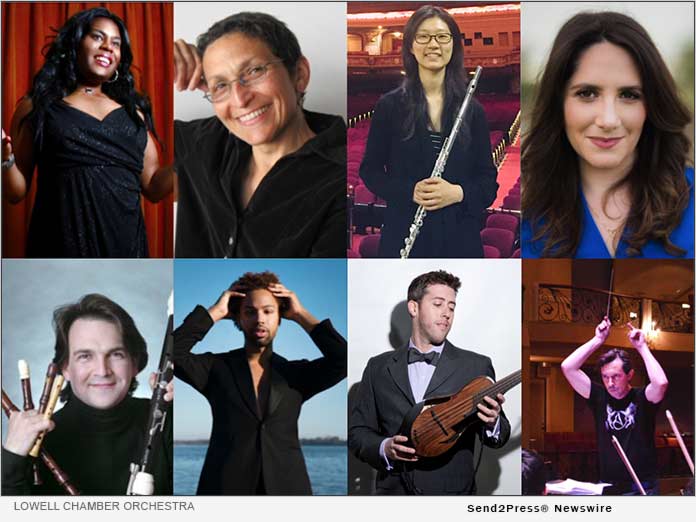 The season opens with another world premiere: Micah Roberts’ ‘Hypernovae’

After successfully ending an entirely virtual second season, the Lowell Chamber Orchestra returns to live concerts with “A Season of Inclusion,” its third and most ambitious season to date.

In following with its mission of promoting new music and educating about established works, the Lowell Chamber Orchestra, under the direction of Orlando Cela, will be presenting six entirely free concerts showcasing, among other things, seven works by living composers, six soloists, a wide variety of genres, and many well-known works, encompassing over 300 years of musical development

In order to promote the creation of new classical music, the LCO has commissioned composer Dana Kaufman for a brand new work. Kaufman, known for her masterful ability to blur the lines between classical and pop cultures, is the ideal creator for a work that intersects the styles of Baroque styles and contemporary music.

The season opens with another world premiere: Micah Roberts’ “Hypernovae,” a fantastic overture inspired by the cosmos, which also marks the conclusion of the LCO’s first ever call-for-scores. Roberts’ score was selected from over 120 compositions, which came from 9 different countries. Other featured living composers include Anna Clyne, Arnold Friedman, Mark Berger, Karl Henning, and Lowell’s own Aaron Rosenberg.

The highlight of the season also features the work of well-known living composer, Laura Kaminsky. As One – the most produced opera in North America in the last eight years – is a timely and soul-stirring chamber work about the challenges, fears, and joys of its transgender protagonist. With a poignant and witty libretto by Mark Campbell and Kimberly Reed and film by Ms. Reed, As One is an unforgettable experience. And the LCO production of the opera is a special event: with singers Tona Brown and Rahzé Cheatham, it marks the first time a gender-expansive cast has performed the work.

Finally, the LCO also preserves and educates about the classical musical traditions, and for that purpose, well-known masterpieces such as Mozart’s Symphony No. 41 “Jupiter,” Prokofiev’s Symphony No. 1 “Classical,” and Vaughan Williams’ “Fantasy on a Theme by Thomas Tallis” can be heard in different venues across Lowell in the upcoming season.

Please visit https://lowellchamberorchestra.org to find out more about the aforementioned events, and more.

About the Lowell Chamber Orchestra:

The Lowell Chamber Orchestra is the city of Lowell’s first and only professional orchestra. We provide the area with an ensemble that presents music at an extremely high level, of all styles and time periods, entirely free to the general population. Lowell is a gateway community, rich in cultural diversity but economically challenged in many respects so access to high-quality arts is essential. The interactive nature of the performances, is especially important for audiences who many not have enjoyed arts programming previously.