TeamSnap, the leading tool for organizing and communicating every aspect of active sports life, today announced that a milestone 10 million coaches, administrators, organizers, parents and players now use its online and mobile apps to streamline group activities.

Coaches, administrators, players and parents use TeamSnap to make organizing sports as simple as click, tap and go. The company closed a B-series round of $10 million in 2015, following a period of staggering growth that nearly doubled its customer base over the past 18 months to 10 million users in 196 countries. Since the company was founded in 2009, TeamSnap has been used to schedule 7.2 million games for 800,000 teams across 83 types of sports and groups. 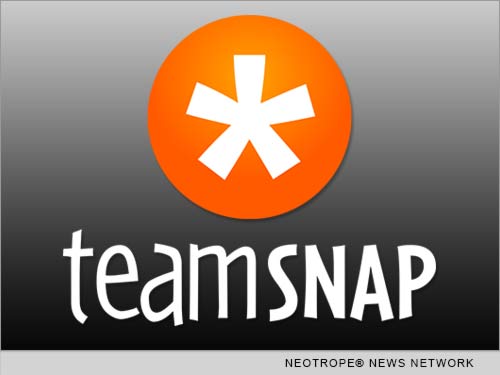 “With our team management market dominance, our rich database of player and parent information and our constant customer engagement, we are rapidly becoming the unifying sports team platform and marketplace for sports-related products and services,” said TeamSnap CEO and Co-Founder Dave DuPont.

The company’s goal of engaging customers before, during and after the game is making TeamSnap the must-have brand they turn to many times a day for every kind of sports team activity. TeamSnap interacts with active users an average of 40 times per month, and its native mobile apps have been a particular hit with almost 2 million downloads. The iOS app has a 4.7 out of 5 customer rating in the App Store and consistently appears in the Top 10 Free Sports Apps category, and the Android app has a 4.1 out of 5 rating, with more than 2,000 five-star ratings.

Here’s what some of TeamSnap’s 10 million customers have to say about the TeamSnap app:
* “Awesome, can’t survive in soccer without it!”
* “Absolutely the best app that I have on my phone! I’ve shared with other coaches who now share my excitement over the ease and value of this tool. Two thumbs up!!!”
* “Can’t get through the weekends without it!!!”
* “This app is great! We have been using it for two years now and don’t think we could function without it.”
* “As a busy mom with kids in multiple sports, this app is a lifesaver!!”
* “This app is an amazing tool for organizing our team and keeping everyone informed easily! I don’t know what I would do without it!”

In addition to its industry-leading product, TeamSnap’s commitment to supporting and fostering the youth sports community has been vital to their customer growth.

“One reason TeamSnap has reached the amazing milestone of 10 million members and leads the team management and communication market is that, like PCA, they are committed to ensuring that all young athletes have a positive, character-building youth sports experience,” said Jason Sacks, Positive Coaching Alliance’s national director of business development. “Their lead sponsorship of PCA’s Double-Goal Coach Awards has accelerated growth of that program and, in turn, recognition of coaches who put life lessons right up there with wins in importance. Their support of our online courses for AAU serves as another example of our friends at TeamSnap working hard and smart to make sure coaches have the resources they need to make a positive impact in the lives of young players.”

Founded in 2009 and headquartered in Boulder, Colo., TeamSnap has taken the organization of youth, recreational and competitive sports into the 21st century. Ten million coaches, administrators, players and parents use TeamSnap’s web and smartphone apps to sign up, schedule, communicate and coordinate everything for the team, the club and the season. TeamSnap makes organizing sports as simple as click, tap and go. For more information, please visit https://www.teamsnap.com/.