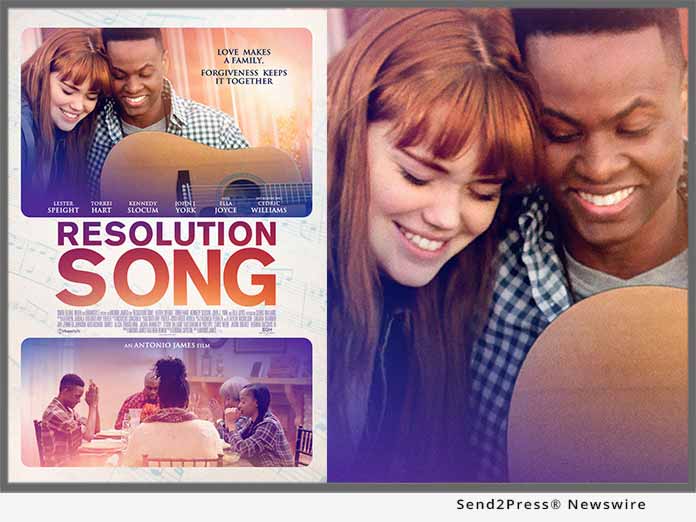 The cries of a tragic death cannot muffle the sounds of racial discord!

The new trailer can be seen here:
https://youtu.be/1RxE0xmA5Lo

Commenting on the release, “I obtained a script about faith and family, but created so much more,” said Antonio James, award-winning “Resolution Song” Director. “Faith is always challenged, yet no one talks about how the family can be THE reason you lose faith.” He concluded, “‘Resolution Song’ shows that dynamic.”

With America’s bipolar social climate into consideration, Resolution Song exposes racial tension, challenges faith, and directly questions the dynamics of the family structure by exploring the aftermath of a tragic situation. Within “Resolution Song,” no one is exempt of this tragedy, and similar to today, it is everyone responsibility to reclaim his or her faith and forgive thy neighbor. The film also stars John J. York (General Hospital), Kennedy Slocum (Nickelodeon’s Witz Academy), and Ella Joyce (Set It Off).

Director Antonio James serves as president of Urbanstylz – an African-American multimedia company that distributes, produces, and acquires independent films and music from around the world with autonomous relationships. Urbanstylz is appended to several media companies such as Smith Global Media and Rock Em Hard the label. Antonio James has released two feature films, including “Resolution Song,” which has won dozens of film festival awards. For more information and tour dates, go to: http://www.ustylz.com/.

For Media, Photos, and Poster Downloads please go to:
http://www.ustylz.com/resolution-song.html