San Jose Sharks Head Coach Peter DeBoer will headline the 2019 TeamSnap Hockey Coaches Conference taking place July 18-20 at Ryerson University in Toronto. The eighth annual hockey conference features more than 50 professional presenters and is expected to be one of the largest gatherings of hockey coaches ever assembled. 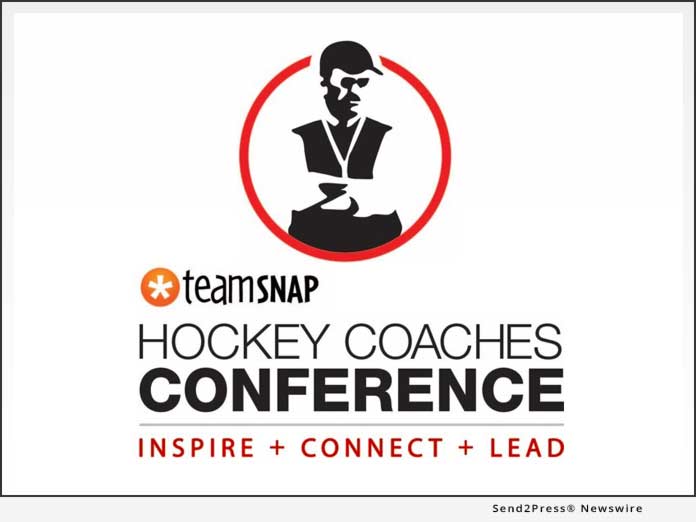 San Jose Sharks Head Coach Peter DeBoer will headline the 2019 TeamSnap Hockey Coaches Conference taking place July 18-20 at Ryerson University in Toronto. The eighth annual hockey conference features more than 50 professional presenters and is expected to be one of the largest gatherings of hockey coaches ever assembled.

Presented by The Coaches Site, the TeamSnap Hockey Coaches Conference attracts hundreds of coaches of all levels from across North America and Europe to learn about the latest coaching trends, strategies and technologies. The event is a dynamic mix of keynote presentations, panel discussions, live interviews, networking and on-ice demonstrations

“Hockey has an amazing community of coaches and it’s wonderful to see coaches working at the highest level so committed to sharing their knowledge,” said Aaron Wilbur, Executive Director, The Coaches Site. “It is important for all coaches to stay current, innovate and open their minds to new ideas and philosophies. This is a wonderful opportunity to connect some industry leaders.”

“The TeamSnap Hockey Coaches Conference has become an annual destination. Where coaches and leaders can be inspired by the industry’s top experts as they look to develop the next generation of players both on and off the ice,” said TeamSnap General Manager Ken McDonald. “This conference is the perfect companion to TeamSnap’s ongoing support of hockey coaches.”

TeamSnap has a long history of supporting hockey teams with its easy-to-use platform to register, schedule, communicate and coordinate everything for the hockey season. Overall, more than two-thirds of all minor hockey teams in Canada use TeamSnap throughout their hockey season. TeamSnap is the official team and sports management tool for Hockey Canada.

The TeamSnap Hockey Coaches Conference is open to coaches of all levels. Limited registrations are still available at http://www.HockeyCoachesConference.com.

About The Coaches Site:
Founded in 2010, The Coaches Site is the online source for the latest news and information regarding the coaching profession. We share the stories, ambition and knowledge of the men and women who strive to extract the very best in human performance. The Coaches Site’s premier coaching event is the TeamSnap Hockey Coaches Conference – attracting more than 400 coaches from across North America and Europe. Visit http://www.thecoachessite.com/ for more information.

About TeamSnap:
Founded in 2009 and headquartered in Boulder, Colorado, TeamSnap has taken the organization of youth, recreational and competitive sports into the 21st century. More than 20 million coaches, administrators, players and parents use TeamSnap to sign up, schedule, communicate and coordinate everything for the team, the club and the season. For more information, visit http://www.teamsnap.com/.