Multi-award-winning entertainer Vanessa Williams has penned a moving book foreword that shines the spotlight on an amazing tale of spying and slavery during the Revolutionary War while unveiling an unlikely heroine. “Espionage and Enslavement in the Revolution: The True Story of Robert Townsend and Elizabeth” by Claire Bellerjeau and Tiffany Yecke Brooks, is published by Lyons Press. 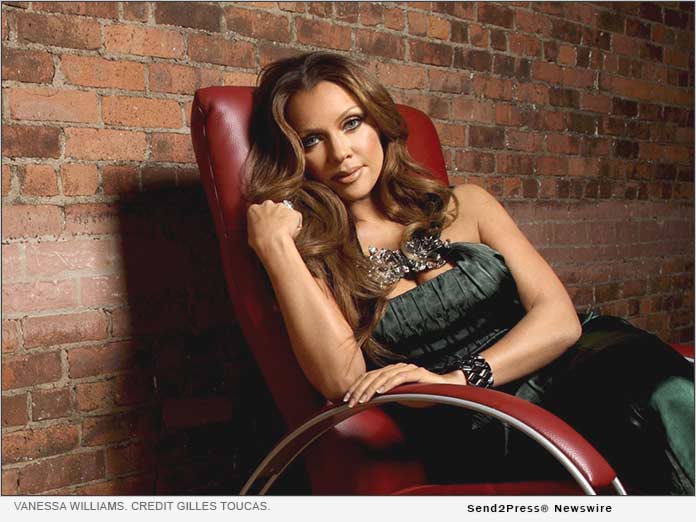 Multi-award-winning entertainer Vanessa Williams has penned a moving book foreword that shines the spotlight on an amazing tale of spying and slavery during the Revolutionary War while unveiling an unlikely heroine. “Espionage and Enslavement in the Revolution: The True Story of Robert Townsend and Elizabeth” by Claire Bellerjeau and Tiffany Yecke Brooks, published by Lyons Press, is a fascinating historical narrative that takes place in the North during the 18th century and details the intertwining of two lives, a Revolutionary War spy, Robert Townsend and an enslaved woman, known only as Elizabeth or Liss.

Robert Townsend, one of America’s first spies, is credited with being instrumental in the colonies’ victory in the Revolutionary War. Liss’ life travails, as laid out in this riveting creative nonfiction, coupled with her intelligence, beauty and prowess, position her as a new figure in the founding story of America.

Bellerjeau, an acclaimed historian and the Director of Education at Raynham Hall Museum, the former home of the Townsend family in Oyster Bay, New York, has researched the Townsend family and those they enslaved for over sixteen years. Her discovery of Liss lends important credence to not only the experience of a woman of color during America’s founding period, but also contributes valuable insight into the extent of slavery in the North, long before the Civil War.

Slavery was not just a 19th-century issue. In fact, there were 244 years between the arrival of the first African slaves to the colony of Virginia in 1619 to the Emancipation Proclamation in 1863. By contrast, there have only been 158 years between 1863 and 2021, with the United States having a longer history as a nation with slavery than without it. American history is grossly misrepresented when slavery is only acknowledged as an occurrence in the middle of the 19th century.

In “Espionage and Enslavement in the Revolution,” we learn that Liss was first enslaved in Oyster Bay on Long Island, NY in the 1770’s during the Revolutionary War by Robert Townsend’s family. Townsend became a spy for George Washington and a key member of the legendary Culper Spy Ring. She escaped with a British commander named Col. Simcoe, later was re-enslaved in New York City, and after the war was separated from her toddler son and transported to Charleston, South Carolina where she was enslaved yet again. Robert’s persistent efforts to bring her back to New York and reunite her with her child are the second half of this amazing narrative.

Vanessa Williams’ own ancestral ties to Oyster Bay, which also date back to the early 1800’s, endeared her personally to the tale of a woman that history overlooked. “Claire was able to trace my lineage back to the 1820’s, all the way back to a time when slaves did not have a last name. I found her research about Liss captivating and intriguing. Here was a brave Black woman from Oyster Bay who started life as a slave, became involved with the spy Robert Townsend, and may have been a spy herself. She finally achieved her freedom all in the same area where my roots as an American go back hundreds of years. Historically marginalized stories are at last being brought to the forefront and Liss rises like a phoenix among them. Claire’s Bellerjeau’s collaborative effort with Tiffany Brooks brings history to life and reveals a new African American female hero, Liss!” cites Vanessa Williams.

“When I first uncovered Liss’ story, not only was she completely invisible, but the very idea that there was slavery in New York during the Revolution was completely foreign to almost everyone,” notes Bellerjeau. “In popular culture, we are generally given broad brush-stroke tropes about heroic figures like George Washington, Paul Revere, and the Sons of Liberty, and significant events like the Boston Massacre. For several years I resisted connecting Liss to the Townsend spy story, but as my research continued, the two stories merged. To me, what makes her so important in American history is we haven’t had a person of color to focus on, to see the Revolution through their eyes. Our story, while unfolding among the well-known people and places of the Revolution, gives the reader a rare glimpse of what life was really like for enslaved people struggling though the upheaval of the time.”

“The book is of interest for many reasons,” adds Tiffany Yecke Brooks, “not the least of which is that Liss’ story touched so many different headliners from early American history. Our book gives America a way of seeing the northern theater of the war, which is part of our cultural legacy, but also opens our eyes to northern slavery. To see how deeply slavery was ingrained in New York is shocking. But to acknowledge the many roles and dynamics that everyone played, and not a select view, is critical to the true telling of history.”

“My continuing focus is going to be to bring this story to a national audience,” says Bellerjeau. “I’m grateful for the interest shown by Vanessa Williams and hoping her connection to the story will raise even more awareness. Liss is symbolic of so many unheralded voices and stories from our collective past. She’s a national founding figure.”

Further immerse yourself in American ‘herstory’ at https://www.espionageandenslavement.com/ and follow “Espionage and Enslavement in the Revolution” on Facebook at https://www.facebook.com/Espionage-and-Enslavement-in-the-Revolution-177409520576347.

Watch the book trailer at https://youtu.be/_o795GPxdOM.

Purchase the book at Barnes & Noble, on Amazon.com and wherever books are sold.