On July 31, 2021, Los Angeles based publishing company Launch Pad Publishing is celebrating the release of “Something Better’s Brewing: What I Learned From Prison, Parenthood and Pouring Coffee” (ISBN: 978-195140765) – the debut memoir from Sarah Birnel. 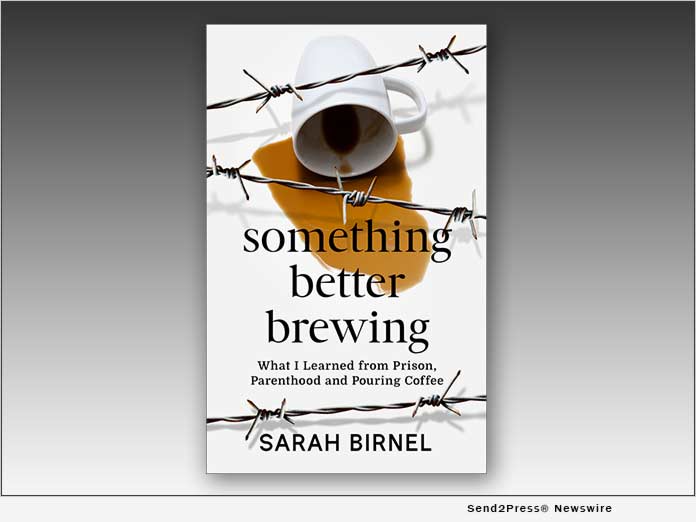 Premiere for ‘Something Better’s Brewing’ will take place at Cinelounge Outdoors, in Hollywood

On July 31, 2021, Los Angeles based publishing company Launch Pad Publishing is celebrating the release of “Something Better’s Brewing: What I Learned From Prison, Parenthood and Pouring Coffee” (ISBN: 978-195140765) – the debut memoir from Sarah Birnel.

A former prisoner, Birnel transformed her life at 22, eventually turning a job at a local coffee stand into an empire based on the leadership, sexiness, strength and drive of women. She’s now the owner of over a dozen coffee stands and restaurants in Spokane, Washington.

A child drug addict whose early life was marked by tragedy, Birnel careened through life, looking for escape anywhere she could find it. Living on the streets, doing drugs and engaging in a series of destructive relationships left her pregnant and eventually imprisoned.

But when she was 22 and in prison for the second time, Birnel had the epiphany that there was something else out there for her-an existence that was less about surviving and more about thriving. Determined to turn life around-for both herself and her children-Birnel vowed to defeat drug addiction, choose her own health and trust her instincts. Since then, she’s built a happy family, in turn providing her children with safety, support and the knowledge that anything is possible if you take control of your own life and destiny.

Simultaneously heartbreaking and inspiring, Birnel’s memoir serves as a model for anyone who believes they can’t escape their past.

“Most debut authors think their personal stories are fascinating when they’re not all that dramatic,” says publisher Anna David. “Sarah, meanwhile, seems to have no idea just how wild her experiences are and what an inspiring person she is. She’s getting out of prison, building empires, empowering women and then kind of going, ‘Oh, is this interesting?'”

The premiere for “Something Better’s Brewing” will take place at Cinelounge Outdoors, 1625 N Las Palmas Ave in Hollywood, at 6 p.m. on July 31, 2021. Guests will enjoy concessions, drinks, complimentary copies of the book while Birnel shares more about her life in a Q&A and book signing.

“Something Better’s Brewing: What I Learned From Prison, Parenthood and Pouring Coffee” is available on Amazon and Barnes & Noble, among many other outlets.

A boutique publishing company primarily for entrepreneurs who are the leaders in their field, Launch Pad has published authors from the entertainment world, including TV newscasters and reality stars, as well as government sales experts, sports agents, coaches, non-profit founders and more.