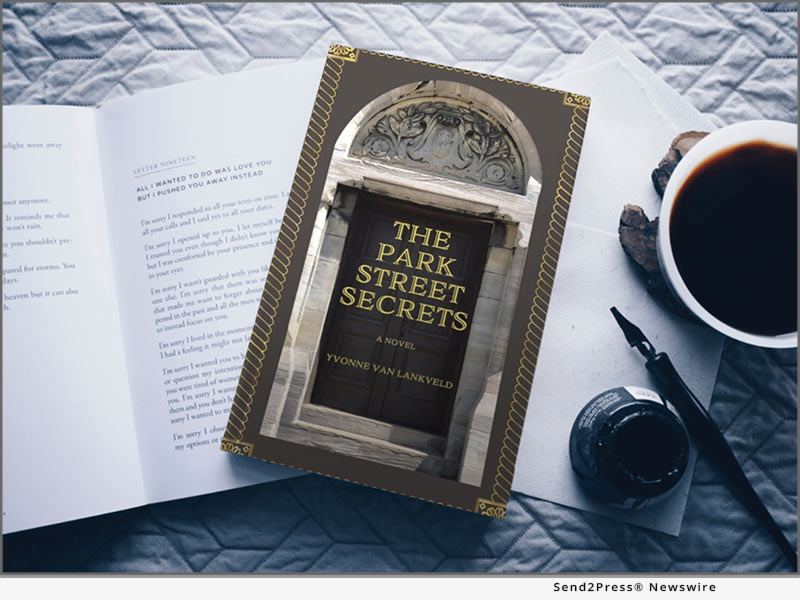 This new story adds even more mystique to the iconic architectural attraction. After being redeveloped into condominiums, several new tenants begin to call Park Street home. Some have ties to the location’s cultural heritage, while others move in to take refuge and hide their secrets.

“The Park Street Secrets” features siblings Lily and Rose, whose animosity towards each other threatens to invalidate their inheritance. The pair must cohabit for one year to receive what is bequeathed to them. They move into one of the seven new Park Street condominiums together. Their new neighbors include Gracie Sheehan, a woman determined to start a new life, as well as two young lovers, and a self-centered customs broker who always gets whom and what he wants. The building manager holds secrets of his own, making The Park Street Secrets a chaotic blend of love, betrayal, and the need for human connection.

Yvonne’s love of words began early in childhood. Her first career as a Registered Nurse was supported by two diplomas from Mohawk College, and a Bachelor’s degree in Community Health Sciences from Brock University. Although her writing skills earned her awards and acclaim in many clinical settings and professional nursing journals, she never lost her desire to write fiction.

Yvonne is an active member of the Niagara Branch of the Canadian Authors Association (CAA), and has been part of the CAA Niagara Novel Writers group since January 2022. She is a contributor to the CAA (Niagara Branch) Book: ‘Words that Connect Us’ – the CAA Niagara Anthology, to be released this month. Yvonne is also a reviewer for the Whistler Independent Book Awards, and profiled on the Canadian Authors Reviewers page.

“The Road to Alright,” Yvonne’s first novel was released in 2019. The second edition launched in 2022 with “The Park Street Secrets,” which she completed during the pandemic. She is currently writing her third novel, “Follow Polly’s Lane.”

If you would like to find out more about “The Park Street Secrets” visit: https://yvlauthor.com/.