Home Music and Audio News Music and Arts: The ’80s rule the Sunset Strip once again every Monday Night as the legendary Whisky a Go Go...
SHARE
Facebook
Twitter

The FAST TIMES band and RUBIX KUBE LA, two of the nation’s biggest ’80s tribute bands, are pleased to announce a co-headlining residency at the legendary Whisky a Go Go. This event kicks off on April 29, 2019 and will run every Monday night. 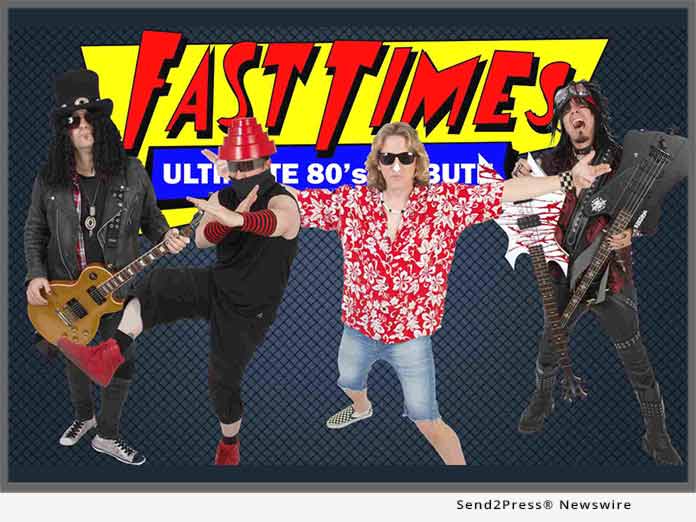 FAST TIMES and RUBIX KUBE LA, two of the nation’s biggest ’80s tribute bands, are pleased to announce a co-headlining residency at the legendary Whisky a Go Go. This event kicks off on April 29, 2019 and will run every Monday night.

This show is in celebration of the Whisky’s new Monday residency “Sunset 80s” bringing BACK 80’s to the Sunset Strip. Audiences will instantly connect with these bands as the on-stage ’80s icons they personify take you back to a time when ’80s music ruled the world and the Sunset Strip.

Each week, surprise featured guest stars will join FAST TIMES and RUBIX KUBE onstage for a not to be missed epic performance.

FAST TIMES front-man Johnny Ventura says, “We’re stoked to be starting a residency at the Whisky every week where legendary bands began their careers. It can only lead to amazing things by bringing back music’s biggest decade to ever hit the Sunset Strip. It’s beyond exciting.”

The Whisky a Go Go is known for the L.A. rock scene and is an anchor on the Sunset Strip. The West Hollywood night club has played host to Rock ‘N’ Rolls most influential bands. From Motley Crue, Van Halen, Guns N’ Roses and upcoming new artists, the World-Famous club is no stranger to rock music.

Doors open at 8 p.m. and the event features a free guest list for all that sign up available at https://www.fasttimesband.com/whisky

Tickets are $15 at the door for anyone not on the list.

RUBIX KUBE LA, originally based out of New York City, is a one of a kind, ever evolving, interactive ’80s extravaganza. The LA chapter is led by front-man, Paulie Z, and front-woman, Lucia Marco. The band is known for their pro and versatile musicianship coupled with the visual personification of the characters they portray such as Freddie Mercury, Madonna, Cher, Devo, Ozzy Osbourne, Twisted Sister and many more. Morphing into some of the biggest ’80s stars, the band covers all the genres and styles the decade has to offer. More info at http://www.rubixkube.com/.