On Friday, October 30, 2020 at 12 p.m. PDT, Amelia Ray, Jake Wood and Bay Area cinematographer Peggy Peralta will host a Zoom discussion on the making of “Hambone Says,” the video that uses contemporary past aesthetic to explore racism, rage and role reversal in the United States. 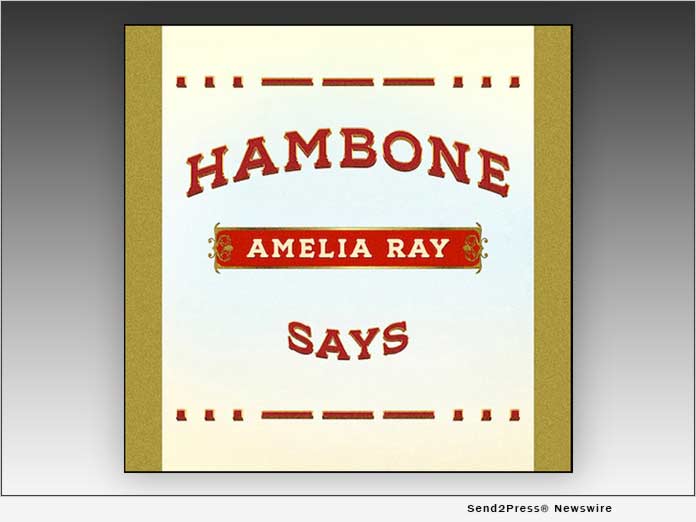 On Friday, October 30, 2020 at 12 p.m. PDT, Amelia Ray, Jake Wood and Bay Area cinematographer Peggy Peralta will host a Zoom discussion on the making of “Hambone Says,” the video that uses contemporary past aesthetic to explore racism, rage and role reversal in the United States.

Amelia Ray never met her paternal grandfather because he was murdered by a white man in Butler, AL, after her father, who was still a boy at the time, refused to address the man as “Sir.” While under quarantine and witnessing the nation seethe with collective indignation and unrest, Ray felt her family history come bubbling to the surface.

In response, Ray, alongside longtime collaborator and “Hamilton” drummer Jake Wood and cinematographer Peggy Peralta, created “Hambone Says,” a time-travelling tune that uses several musical genres to detail a history of racially motivated killings in the United States. The lyrics allude to recent events such as the murders of Breonna Taylor and Ahmaud Arbery but also reference the 1967 Detroit riots and the 1923 Rosewood Massacre. “I wanted to transmit the exasperation, confusion and fury I saw in the streets and felt in my soul,” Ray says.

To write the lyrics, Ray scoured the internet for references to first usage of various derogatory terms used to describe Blacks – particularly in the U.S. – and listed them in chronological order. Ray then made a list of some of the atrocities suffered by Black Americans at the hands of White Americans in chronological order. The goal was to use the terms to reference the events in the context of popular music of their era. The song begins with a chain gang chant and transitions into gospel, Appalachian music, jazz, rock and roll, funk and rap.

“Hambone Says” was recorded live during the filming of the video which was released on Friday 09 October 2020. Andrew Zhang of Two Story Melody has already touted it as song of the year.

To learn more, watch the video and to register for The Making of “Hambone Says” Zoom chat, visit: https://www.ameliaray.net

Amelia Ray is a writer, composer, singer, multi-instrumentalist, arranger and the creator and host of “Up, Up & A Ray” – a weekly variety show. From March-May 2020 she organized The Quarantuned Music Festival – a series of 24-hour, worldwide, virtual music festival to benefit artists affected by COVID-19 cancellations.