Geek Club Books for Autism today announced that actors Christopher Gorham and Julian Feder, lead characters in the award-winning indie film, “A Boy Called Po” joined the #Activate4Autism movement, a public awareness campaign as a part of National Bullying Prevention Month. People on the autism spectrum are often misunderstood, marginalized, undervalued and 3 times more likely to be victims of bullying. 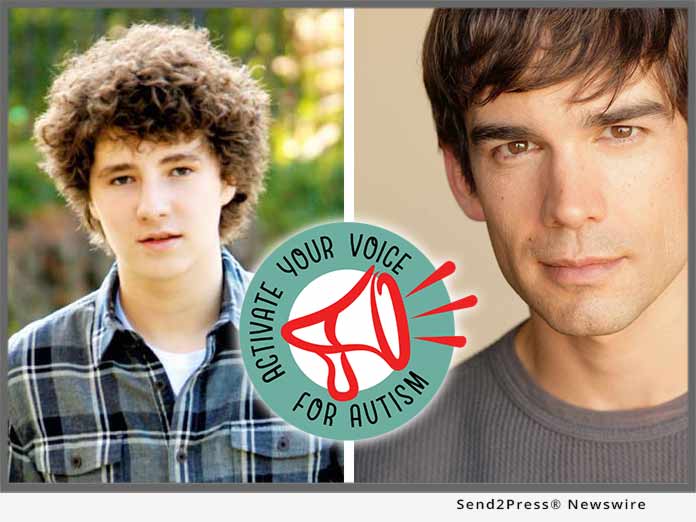 Geek Club Books for Autism today announced that actors Christopher Gorham and Julian Feder, lead characters in the award-winning indie film, “A Boy Called Po” joined the #Activate4Autism movement, a public awareness campaign as a part of National Bullying Prevention Month. People on the autism spectrum are often misunderstood, marginalized, undervalued and 3 times more likely to be victims of bullying.

The campaign brings together voice, stage and film actors, children’s authors, comic artists and autistic advocates who activate their voices for autism, speaking out for acceptance and inclusion. Videos are viewable, educational comics are downloadable, and action steps for activating change are accessible via the nonprofit website, geekclubbooks.com.

“‘A Boy Called Po’ is about a young boy living with autism and his relationship with his recently widowed dad,” said Christopher Gorham who plays Po’s father and is best known for his roles on “Ugly Betty” and “Covert Affairs.” “Our film and the #Activate4Autism movement are about inclusiveness and acceptance for those who are different.”

Playing the role of Po, Julian Feder gained insights into the intolerance, fear and bullying so many children with autism face every day. “I’m activating my voice for autism we need to call attention to the bullying and remember to give people with autism a chance, because everyone has something special to offer.”

“We took part in Geek Club Books #Activate4Autism because, like the film, this nonprofit helps autistic individuals to tell their stories so people can make a deeper connection to this marginalized population and the challenges they face,” said John Asher, Director of “A Boy Called Po.”

Asher adds, “There’s so much hatred out there in the world and Po is about really about acceptance. We don’t need to make people with autism fit into society. We need to learn how to fit into their world.”

“A Boy Called Po” was in theaters this summer and is now available on-demand everywhere including iTunes and Amazon. The filmmakers are working to get the film distributed to educational institutions to bring better awareness and acceptance into schools.

To join the activator heroes-the actors, authors and advocates-who are speaking out against bullying and activating change, go to https://geekclubbooks.com/activate4autism/

Using storytelling, Geek Club Books nonprofit’s mission is changing perceptions and putting an end to the stigma surrounding autism, replacing fear with wonder. The nonprofit produces interactive children’s comics, curriculum, assemblies, public awareness campaigns, online resources, and educational videos for acceptance in classrooms, on playgrounds and in communities. They mentor and empower autistic individuals to be the storytellers, inspiring empathy, inclusion and acceptance for those who are different. Learn more: https://geekclubbooks.com/.

About A Boy Called Po:

Inspired by true events, “A Boy Called Po” tells the story of a recently widowed father (Christopher Gorham) struggling to raise his son (Julian Feder) who is on the autism spectrum. The pressures of work, school and coping with loss push the two nearly to the point of breaking. John Asher directed the film from a script by Colin Goldman who shares story credit with Steve C. Roberts.