Aaron Ozee, celebrity author of the bestselling children’s book, “Regulus” (ISBN: 978-1387010790), and revered director of the “Regulus” movie, has received an eight-figure acquisition offer from a private investment group for the literary empire constructed around his infamous rat king character. 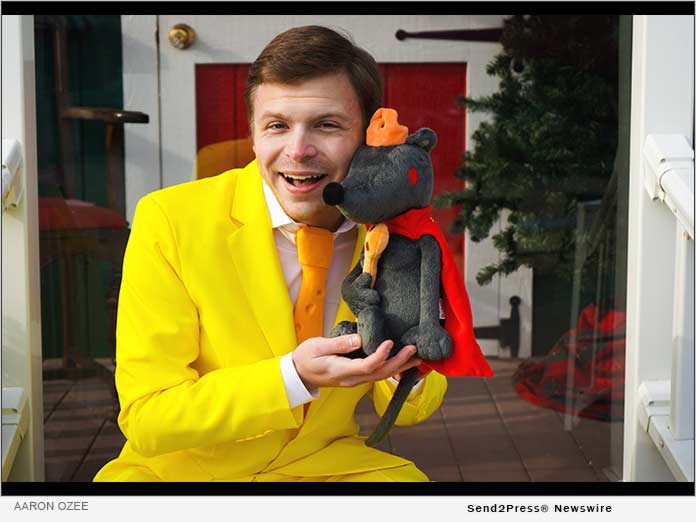 Aaron Ozee, celebrity author of the bestselling children’s book, “Regulus” (ISBN: 978-1387010790), and revered director of the “Regulus” movie, has received an eight-figure acquisition offer from a private investment group for the literary empire constructed around his infamous rat king character.

Ozee started developing the story that became “Regulus” halfway through 2017 while attending the College of DuPage within the first years of his college education and launched what became an international phenomenon with the largest self-publishing house in the world, Lulu Press Inc, that very summer on July 23, 2017. Little did Ozee know what his creation would spawn during the years that followed, but what transpired escalated his work, and his name, into legend.

Once “Regulus” hit bookshelves worldwide, it was only two weeks later that Amazon, being the largest bookseller on Earth, ranked this lauded tale as the #1 New Release for Children’s Books. Media across the United States, and soon the world, spoke about Ozee with such high regard as the skies made way for something that only few authors have experienced in their lifetimes.

Original artwork, folk songs, street murals, branded merchandise, sculptures, video games, plush toys, and even face masks for the COVID-19 pandemic were produced by numerous creators and partnered sources in admiration for “Regulus”. Ozee sent copies of his marvel of a book to many prominent world leaders such as Justin Trudeau, Angela Merkel, and Emmanuel Macron. To his surprise, Ozee was delighted with personal responses from each congratulating him on what the fruits of his labor meant for the future of youth everywhere.

Ozee has collaborated with prominent restaurant chains and popular consumer brands such as Epic Burger, Jarritos, City Barbecue, Crystal Geyser Spring Water, Eli’s Cheesecake, and Lou Malnati’s Pizza glorifying the relationship between “Regulus” and his treasure hoard of cheese. Ozee has amassed millions of subscribers and followers on his social media and digital profiles through forming associations with innumerable artistic connoisseurs across the Internet.

Ozee even went as far as to send a physical copy of his cherished fable into space making it the First American Children’s Book and First Self-Published Book Sent Into Space. Ozee continued this unorthodox campaign upon sending “Regulus” to several rare locations such as Mt. Everest, Chernobyl, North Korean DMZ, Bermuda Triangle, and the Galapagos Islands.

It was not much long after that Ozee sold the “Regulus” film rights to Bizarros Studio for adaptation into a stop motion animated picture that debuted exclusively on Amazon Prime in March 2020.

Celebrated actors, musicians, influencers, athletes, comedians, motivational speakers, and even political candidates respected in most family households continue to endorse “Regulus” as Ozee aims to make his dreams come true. One uncommon fact is that Ozee is only 24 years old and is on the brink of making history in the realm of the written universe.

“This has to be the proudest moment for my career. The world must understand this is not the end of a long journey but is a beautiful start to something exceptionally special,” remarked Ozee during this announcement.

For those wanting to stream the Regulus movie on Amazon Prime, you will need to register for your membership or visit https://www.regulusmovie.com.