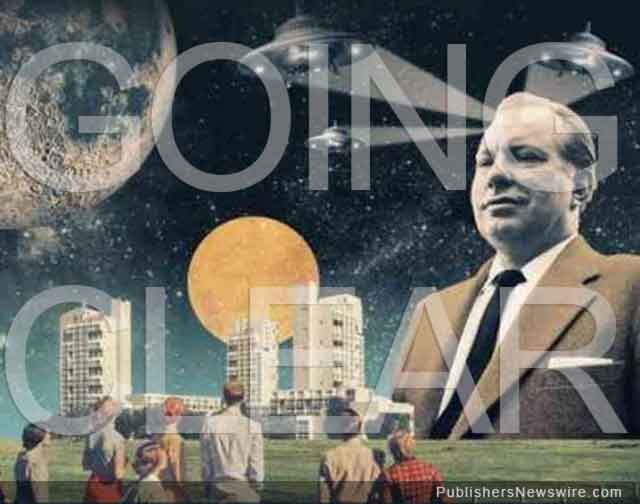 A beautifully crafted book on a mesmerizing but ugly topic, “Going Clear: Scientology, Hollywood, & the Prison of Belief” by Lawrence Wright (ISBN: 9780307745309) is a shocking investigation into the cult of Scientology. As with today’s torture-porn horror films, its followers are allegedly berated, degraded, and psychologically harmed. 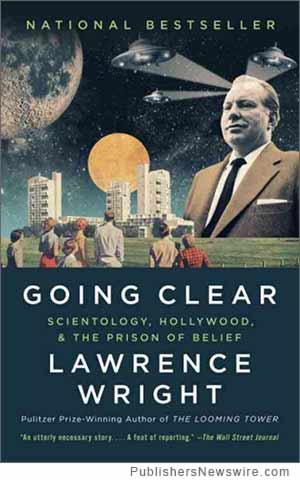 A prodigious author of short- and long-form fantasies including the bestselling “Dianetics,” Hubbard was one of the most successful pulp writers in history. His milieu, as you might expect, was sci-fi. As Pulitzer Prize-winning author Lawrence Wright explains:

Inventing plausible new realities is what the genre is all about. One starts from a hypothesis and then builds out on the logic, adding detail and incident to give substance to imaginary structures. In that respect, science fiction and theology have much in common. Some of the most closely guarded secrets of Scientology were originally published in other guises in Hubbard’s science fiction.

Secrets of the Sect

Money and power are at the root of Scientology. To serve those ends, Hubbard created a hierarchical and oh-so-secret organization designed to squeeze maximum profits from all their beguiled fanatics.

There is quite a lot of mumbo-jumbo involved: you are a thetan; you can have your inner self monitored electronically; the history of the universe is quadrillions of years longer than science has found; Earth was a prison for misbegotten souls (actually, I’ve got to agree with them on this one); a tyrant named Xenu ruled the Galactic Confederacy; your ancestors were dropped into volcanoes in which hydrogen bombs were exploded… and so on.

In the evolution of Dianetics to Scientology, however, there was a larger wheel turning inside Hubbard’s protean imagination. Until now, religion had played little or no part in his life or his thought — except, perhaps, as it was reflected in the cynical remark he is reported to have made on a number of occasions, “I’d like to start a religion. That’s where the money is.” One of the problems with Dianetics, from a moneymaking perspective, was the lack of a long-term association on the part of its adherents. Psychotherapy has a theoretical conclusion to it; the patient is “cured” or decides that the procedure doesn’t work for him. In either case, the revenue dries up.

Sounds like a dead-end. But no, LRH found a way around the difficulty:

Religion solves that problem. In addition to tax advantages, religion supplies a commodity that is always in demand: salvation. Hubbard ingeniously developed Scientology into a series of veiled revelations, each of which promised greater abilities and increased spiritual power. “To keep a person on the Scientology path,” Hubbard once told one of his associates, “feed him a mystery sandwich.”

The many discrepancies between Hubbard’s legend and his life have overshadowed the fact that he genuinely was a fascinating man: an explorer, a best-selling author, and the founder of a worldwide religious movement. The tug-of-war between Scientologists and anti-Scientologists over Hubbard’s biography has created two swollen archetypes: the most important person who ever lived and the world’s greatest con man.

Hubbard is not “a pure fraud,” Wright concludes early in the book — before writing about the beatings, abuse, fleeing from grand jury subpoenas, and many assorted disgusting acts.

The list of law-breaking performed by members of the “church” of Scientology probably couldn’t be cataloged in a book of less than encyclopedic length. So, if you like reading about true crime, you’ll love this book.

Good and evil actions can be judged only by understanding what Hubbard terms the Eight Dynamics…. The Scientology mantra for judging ethical behavior is “the greatest good for the greatest number of dynamics” — a formula that can excuse quite a number of crimes.

Step right up and read all about it, folks — there’s certainly something here to astonish or upset you, from Hubbard’s use of prepubescent servant girls to the terrorizing of cult members’ children. If Wright were not such a splendid author, the whole thing would read like a police blotter from several decades in hell.

It is dispiriting to learn how many popular and talented people are acolytes for this appalling faction. John Travolta, Kirstie Alley, Priscilla Presley, Lisa Marie Presley, Karen Black, Will Smith, Juliette Lewis, Giovanni Ribisi, and Jenna Elfman all make appearances in the book. There are some untalented people as well, including the odious Greta Van Susteren of the Fox Fake News channel.

In the world of music are a number of gifted people whose albums or concerts I will now avoid because of their ties to this horrible cabal: Chick Corea, Edgar Winter, Isaac Hayes, Beck, and film composer Mark Isham.

The biggest of the celebrity sheep is Thomas Mapother IV, better known as Tom Cruise. The lunacy surrounding his egomaniacal trip through the plush celebrity dens run by the phony church is sickening.

Actually, almost everything about the cult of Scientology is sickening but I hereby confess to having a perverse interest in reading about the evil practices of this very profitable scam.

When examined in the clear light of day, the ills of religiosity become quite apparent. So too, with the secular sect of Scientology. Contempt for their scummy practices would sometimes emerge from unusual sources:

Germany, acutely sensitive to the danger of extremist movements, viewed Scientology with particular alarm. In Hamburg, in 1992, the state parliament created a commission to investigate “destructive groups,” a category that included the Church of Satan… but was mainly aimed at Scientology. Scientologists were barred from holding government jobs and forbidden to join Germany’s main political party, the Christian Democratic Union, because they weren’t considered Christians… Seventy percent of Germans favored the idea of banning the organization altogether.

It’s always a bit annoying when we have to admit that foreign nations are smarter than the USA.

A great many people have noted that Scientology was simply L. Ron Hubbard’s scheme to get rich. And he was spectacularly successful in achieving that goal.

One of his disaffected lieutenants later claimed that Hubbard had admitted to “an insatiable lust for power and money.” He hectored his adherents on this subject. “MAKE MONEY,” he demanded in a 1972 policy letter. “MAKE MORE MONEY. MAKE OTHERS PRODUCE SO AS TO MAKE MONEY.” In order to siphon money into Hubbard’s personal accounts, a number of front organizations were established, including the Religious Research Foundation, which was incorporated in Liberia. In the mid-seventies that single foundation had an account in Switzerland containing more than $300 million.

No matter how shocked you may be over the disturbing behavior of L. Ron Hubbard, you will need to prepare yourself for new depths of shame in the conduct of Scientology’s current Fuehrer, David Miscavige, who takes despicable acts almost down to GOP-sponsored CIA torture levels. Alleged beatings, false accusations, cruelty, coerced confessions, and rampant homophobia are recurring themes in his reign of terror.

Lawrence Wright is a superb writer and this is an exquisite work about a herd of incredibly stunted, twisted, foul, greedy, and vicious people. As one observer pointed out, “This is not a church or a religious organization… Scientology is a machine for manipulating human beings.”

Here’s hoping you don’t fall prey to its clutches.

HBO Documentary “Going Clear”
Following the HBO documentary “Mea Maxima Culpa: Silence in the House of God,” his investigation into sex abuse in the Catholic Church, Academy Award®-winning director Alex Gibney (HBO’s “Taxi to the Dark Side”) turns his gaze to Scientology in GOING CLEAR: SCIENTOLOGY AND THE PRISON OF BELIEF, based on the book by Pulitzer Prize winner Lawrence Wright. Premieres March 29, 2015. http://www.hbo.com/documentaries/going-clear#/