iToolab Co Ltd – the leading manufacturer of various technical tools – has finally introduced the Wi-Fi connection feature to its location spoofing software – AnyGo. Earlier the wireless connection was only available for Mac users and many Windows users were complaining about the lack of functionality for the Windows platform. 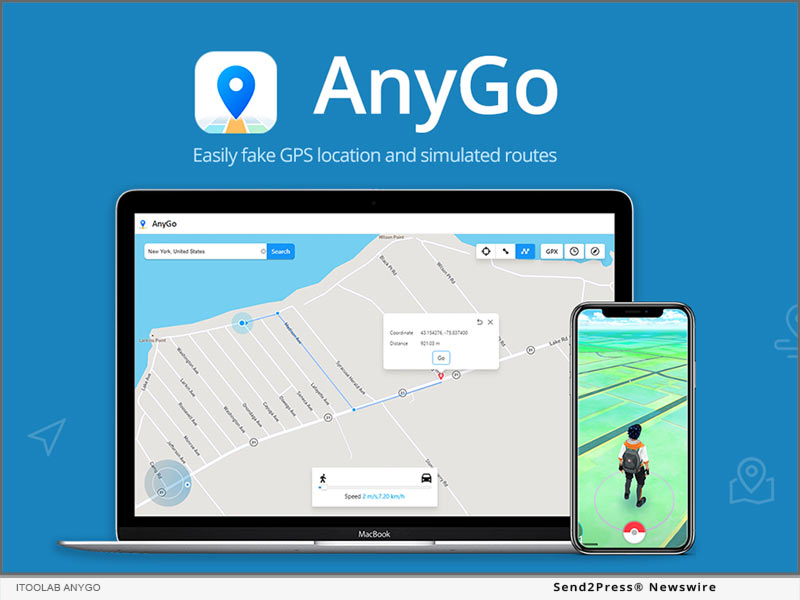 iToolab Co Ltd – the leading manufacturer of various technical tools – has finally introduced the Wi-Fi connection feature to its location spoofing software – AnyGo. Earlier the wireless connection was only available for Mac users and many Windows users were complaining about the lack of functionality for the Windows platform.

The company has now released the latest version of iToolab AnyGo V5.8.0, which now lets users connect their devices to a Windows system without using the USB cable. Below is a quick look at the overall functionality of iToolab AnyGo.

For readers who don’t know, iToolab AnyGo is a geo-spoofing tool that’s designed to help users manipulate their iPhone/iPad’s geolocation. With AnyGo, users can easily simulate their GPS signals and change their location to anywhere in the world. It’s a pretty useful tool for users who actively use location-based apps and games such as PokemonGo. Some users also fake their GPS location to access the geo-restricted content on platforms like Netflix and Tinder.

To quote Mia Garcia – CEO iToolab – “Our mission with AnyGo was to create an easy-to-use geo spoofer that could allow users to instantly spoof their iPhone/iPad’s GPS location and make their gaming sessions more fun in games like PokemonGo. Little did we know that AnyGo would also boast a plethora of other applications and allow users to access the geo-restricted content on other platforms as well.”

So, now coming to the brand new – Wireless connectivity – a feature that comes with the latest version of AnyGo. Unlike its previous versions for Windows, users can now connect their iPhones to the computer through Wi-Fi. It means they won’t need a USB cable to connect an iPhone to AnyGo.

Instead, they can simply connect their computer and iPhone/iPad to the same Wi-Fi network and enjoy faking the GPS location without any hassle. This feature becomes extremely handy for users who want to simultaneously fake locations on multiple devices.

Since you don’t need any USB cable for the connection, you can easily connect as many devices as you want and simulate their GPS location simultaneously.

In addition to the wireless connectivity feature, AnyGo also comes with a plethora of features that make it the most reliable geo spoofing tool for iOS users. Some of these features include:

With AnyGo, you can easily change the GPS location to anywhere in the world with a single click on your screen. It’s a pretty useful feature while playing location-based games such as PokemonGo.

SIMULATE GPS MOVEMENT WITHOUT GOING OUTSIDE

AnyGo also comes with a dedicated GPS movement feature that lets users simulate walking, cycling, or driving at different speeds. You can configure a fixed or variable movement speed and easily simulate your movement on the map without leaving the room whatsoever.

The GPS Joystick feature is another useful functionality of iToolab AnyGo. It lets users virtually control their GPS movement on the map using an external joystick or the arrow keys on the keyboard.

As far as compatibility is concerned, iToolab AnyGo supports all devices running on iOS 7.0 and later. This includes the latest iOS 16 along with all the latest iPhone 13 models. You can install iToolab AnyGo on both Windows and macOS. For Windows, AnyGo is compatible with Windows 11/10/8/7 whereas, with the latter, you can install AnyGo on macOS versions starting from macOS 10.11 (El Capitan) to the latest (macOS Monetary).

Affordable pricing is one of the biggest USPs of AnyGo, making it one of the most reliable geo spoofing tools for iOS users. Check this link to get the latest iToolab AnyGo Coupon Codes: (https://itoolab.com/location/itoolab-anygo-coupon/)

iToolab is a Hong Kong-based software development team that primarily focuses on releasing different applications for the iOS and Android communities. Over the years, iToolab has designed different applications such as RecoverGo, UnlockGo, FixGo, AnyGo, and WatsGo (WhatsApp Transfer). All these applications allow iOS or Android users to tackle and troubleshoot different technical issues with their devices including iPhones, iPads, iPods, and all major brands of Android phones.