Singers need tunes and lyrics before they step into the spotlight. Some of them write their own material and sometimes the results are magnificent.

ARTICLE: “That’s a hit song!” The speaker was Wendie Colter, complimenting fellow artist Fran Lucci on one of her warm numbers. This was just before Colter delivered one of several potential hit songs of her own. And it was near the middle of a set featuring nicely textured work by Denise (lead singer from the indie band Jacar), as well as several crowd-rousing numbers from the supremely strong-voiced Mara.

On this night, the songs presented by Colter, Mara, Lucci, and Denise included lyrics that ranged from wry self-assessment to astute observations about life’s ups and downs. While the material explored familiar territory (“Love has blossomed, hurray!” and “Love has died, alas!”), there was a sparkle to it in terms of style, melody, and use of language (much better language than what I sarcastically typed in above).

Although it’s easy to concentrate on Colter’s octave-jumping vocals, you will also find that there is iridescence in many of her compositions; her work can be ethereal, poetic, emotional, and full of resolve. “Broken” will send a chill across your heart. “Lean Into the Night” and “Idling” are like supplications in which she appears to be asking us to maximize our lives. Most striking is her hypnotic “7th Wave,” a song that seems happy and melancholy at the same time. 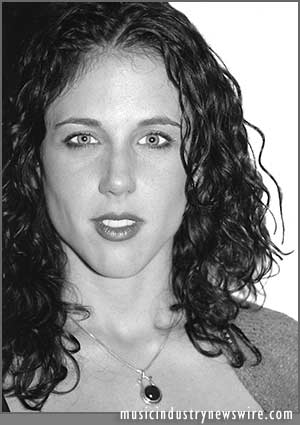 The evening was the 33rd show in a weekly series known as Circle of Songs founded by Jenna Leigh, the lead singer and songwriter for the band Jenna Music. Her stated goal for CoS was two-fold. First, to raise the awareness of professional songwriters amongst music lovers. And second, to focus attention of the music industry on today’s songwriting talent.

And based on several visits to CoS, the writing ability of this city’s singers is often extraordinarily high. For example, one night I saw some joyously rhythmic numbers from Luis Oliart. With a smile on his face as well as in his music, Oliart could probably get sloths to dance and boulders to shimmy. Backing vocals from Jamie Chez were tasteful and propulsive.

Gary Myrick (“She Talks in Stereo”) revealed a superb facility for rapid fretboard runs on his acoustic-electric guitar. His moody songs were beautifully presented with backing from Joe Zimmerman on an upright bass that appeared to be about the size of a small house. Alternating between plucked and bowed passages, Zimmerman blended wonderfully with Myrick’s voice and guitar.

Freebo, perhaps best known as a bass player for Bonnie Raitt and many others (Buddy Guy, Maria Muldaur, John Mayall, Loudon Wainwright III), stepped out front on guitar, mandolin, and lead vocals. Each of his songs was carefully constructed to wring the maximum emotional response from listeners. His vocal phrasing was especially noteworthy; you have no doubt about his lyrics with enunciation this precise. Pretty and plaintive harmonica work from David McKelvy added to the empathy of these tunes.

Over and over again, the lyrics heard during CoS shows were the starting point for internal dialog and future consideration. I think this happens with the best compositions; as Jenna points out, “Songs not only tell the story of the writer but they also tell the story of the listener’s imagination.”

Jenna herself features songs that have that dichotomy whereby an analytical look at one’s own feelings and failings and feats becomes a descriptive view of the outside world. When Jenna steps out in front of her own band, you can still appreciate the high level of contemplation that went into the lyrics but the event usually becomes more of a groovy rock show than an introspective singer-songwriter presentation. If the music was not so invigorating and it wasn’t performed with such fierce expertise, it would be impossible to listen to Jenna Music without crying. Her lyrics are confessional, confrontational, heartrending, and bittersweet.

By putting poetry into the songs and playing ’em in a high-intensity band format, she lets her audiences experience the best of two worlds: the melodies are handled with arena-sized bombast while the emotional intensity of the words invites a more intimate reaction.

Jenna Music features a monster rhythm section. Rob Basile is an on-the-money drummer who never lets the band coast. James Patterson joins in the fun on bass so there’s strong momentum to the band. Brett Garsed plays lead guitar like he invented the instrument, consistently finding the edge of the melodies, pushing them outward, expanding the scope of the songs in striking and subtle ways.

Side Note: During a Jenna Music set at The Kibitz Room, the somewhat tattered but homey bar that is attached to the side of Canter’s Deli on Fairfax, the audience held a lot of guitar players. Here’s how I know: Garsed concluded one of his very sleek ‘n’ nasty solos by resolving a chord with a bent note right at the nut and this feat brought appreciative shouts from at least a dozen people in the room. Takes a true axe aficionado to notice a nifty trick like that.

Video of Gary Myrick and the Figures, “She Talks in Stereo” — http://youtu.be/FB0GMfFeTjs .

This original article is Copy. © 2013 by John Scott G, and originally published on MusicIndustryNewswire-dot-com before the site was revamped as MuseWire.com in March 2015 – all commercial and reprint rights reserved. Photo of Jenna Leigh by and © Phil Hatten – used by permission; larger cover image modified by Christopher Simmons.

The post Singers and their Songs – they need tunes and lyrics before they step into the spotlight appeared first on MuseWire.