Aaron Ozee, author of the notable children’s book, “Regulus” (ISBN: 9781387010790), clashed with the government of North Korea when the attempt was made to bring his parable across the border at Panmunjom. 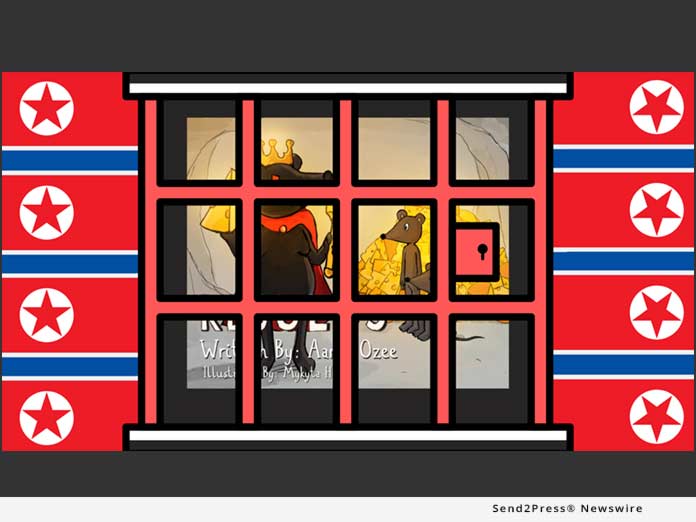 Aaron Ozee, author of the notable children’s book, “Regulus” (ISBN: 9781387010790), clashed with the government of North Korea when the attempt was made to bring his parable across the border at Panmunjom.

When “Regulus” approached the main entrance of the Demilitarized Zone, being where North Korea and South Korea meet, border patrol guards seized the book and retreated behind closed doors with great haste to review the questionable reading material.

Upon reviewing the book, it was the express command of the North Korean government that “Regulus” be taken away from their presence in sight of the antagonist rat casting their Supreme Leader, Kim Jong Un, beneath a tyrannical view.

Other reasons for the sudden ejection came from the foundation of the tale as it would spark rebellion among their people (which happens to be the climax of the story) along with associating their propaganda with the symbol of the rat (known for being used as the label of dehumanization for Jewish citizens under Nazi Germany).

North Korea has the most intense censorship laws of any nation on Earth and struggles with considerable force to prevent citizens residing within their country from being unnecessarily exposed to empowering Western culture.

“Sending my cherished apologue to North Korea was executed with the intention of showing the world that ‘Regulus’ can be appreciated everywhere absent the corruption of dictatorships. And, with much surprise, that dream was challenged by the North Korean government as they refused to permit my welcoming creation from taking another step forward. My work should never be a source of rejection since the morals of this story are pure of heart and carry intentions which are bolstered with tremendous spirit,” commented Ozee during the announcement of this outrageous circumstance.

Even though writers and readers around the globe are not shocked by this unexpected milestone, they have reached out to Ozee with tokens of encouragement as they wait for “Regulus” to make another original venture.

Copies of “Regulus” can be purchased from https://www.aaronozee.com/ or mainstream outlets.