Aaron Ozee, the author of bestselling children’s book, “Regulus” (ISBN: 9781387010790), has sold the production rights from his notable creation to a prominent stop-motion animation studio that will adapt “Regulus” into an unorthodox theatrical feature. 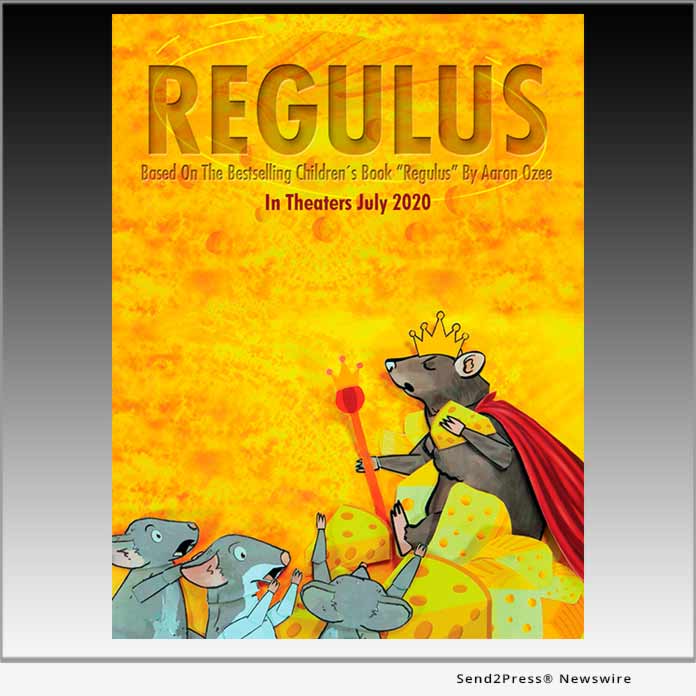 Aaron Ozee, the author of bestselling children’s book, “Regulus” (ISBN: 9781387010790), has sold the production rights from his notable creation to a prominent stop-motion animation studio that will adapt “Regulus” into an unorthodox theatrical feature. “Regulus” was released through Lulu Press, being the lead self-publishing house that coordinated the launch of the famed tale, and has entranced the global literary community for the past three years.

“Regulus” has secured praise from iconic celebrities, has produced custom merchandise for younger audiences such as video games or plush animals, has entertained influential political figures, and has touched unreachable locations such as space.

Readers everywhere have remained patient for “Regulus” to be reimagined for the big screen but have only heard rumors as the legend circulating this prodigious book keeps growing larger than anyone could have ever pictured. Ivan Rodriguez, leader of the animation team coordinating the production of the film, has instructed his talented ensemble of artists to construct the movie with bewildering notions.

“Rather than becoming another theatrical feature that people will forget in a week once they have seen it for the first time, ‘Regulus’ will soon become a film that people will remember for generations. We are pursuing an experimental direction that will use loving music, unique sound effects, illustrious scenery, manuscript passages, and character movement in order to convey the progression of the storyline,” said Ozee during the first announcement of the film.

Production on the film has been scheduled for completion at the end of February, but the official release month of “Regulus” has been disclosed as July 2020.

The premiere of “Regulus” has been arranged for the same month as the release of the film and will be privately hosted in Chicago for national media, crew members, family, and friends to see the first screening. Following midnight of the Chicago premiere, Ozee has informed fans the film will be launched on streaming services and video-on-demand services for rental or purchase.

Future announcements will be shared about which streaming services or video-on-demand services will make “Regulus” available but should be disclosed once production on the film has wrapped.

“Being someone that appreciates catching new movies when they reach theaters, hosting the premiere in my hometown of Chicago was the meaningful choice. However, there has always been something about movies that are distributed using the means of the virtual universe which fascinates me. The reason for distributing this film through streaming services or video-on-demand services comes from the need to be relevant and remain accessible to consumers worldwide,” said Ozee during the first announcement of the film.