The International Forgiveness Institute (IFI) announced today that University of Wisconsin-Madison psychologist Robert Enright, Ph.D., has teamed up with acclaimed songwriter-performer Sam Ness to produce a “therapeutic music-discussion video” for adults who are struggling with the anguish created by the coronavirus lockdown. 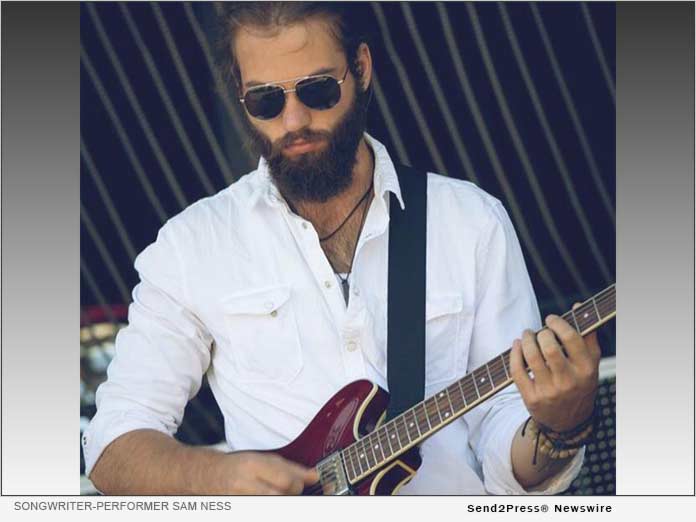 The International Forgiveness Institute (IFI) announced today that University of Wisconsin-Madison psychologist Robert Enright, Ph.D., has teamed up with acclaimed songwriter-performer Sam Ness to produce a “therapeutic music-discussion video” for adults who are struggling with the anguish created by the coronavirus lockdown.

Called “Forgiveness,” the hour-long video incorporates original compositions written and performed by Ness with related summary discussion bites on the virtue of forgiveness to create what Enright calls “forgiveness therapy through music” or simply “music of the heart.” The complete production is available at no cost on YouTube and on the IFI website.

“Every person in the world is dealing with some form of pain or toxic anger from being hurt in the past,” Enright said in explaining why he and Ness produced the video. “The coronavirus lockdown has a tendency to amplify those internal feelings and cause additional stress so this is the ideal time to practice forgiveness by being good to yourself (self-forgiveness) and good to others.”

The Forgiveness video includes a rolling discussion between Enright, co-founder of the International Forgiveness Institute, and Ness that summarizes the four phases of the patented Enright Forgiveness Process Model that has become the standard for forgiveness and forgiveness therapy around the world.

“Sam has added high artistry to the language of forgiveness with his voice and his guitar,” Enright says. “Instead of reading a book to learn how to forgive, Sam’s songs provide forgiveness therapy through music.”

With the coronavirus pandemic shutting down most television and movie productions for now, would-be viewers of those non-existent productions are looking for something new to watch as they shelter in place, according to Enright. “This video is just what they need-emotional self-improvement.”

In addition to the song “Forgiveness,” Ness performs two other original compositions on the video: “Storm Inside of Me” (a ballad about self-forgiveness) and “I’ve Come for Grace” (a song he wrote about life’s trials while he was undertaking a 96-mile winter hike through the Highlands of Scotland).

The 22-year-old Ness, a native of Sauk City, Wisconsin, began his song-writing career at age 15 and performed in show choir musicals throughout his high school years earning him scores of awards including two Wisconsin Tommy Awards for Outstanding Lead Performer and more than a handful of Outstanding Male Soloist Awards.

After high school, Ness passed up scholarship offers to study theater from half-a-dozen prestigious universities and music conservatories. Instead, he hitch-hiked and hopped busses for nearly a year across Scotland, England, France, Spain, Portugal, and Switzerland while learning the fine art of “busking” (street performing).

The following year, Ness busked across much of New Zealand before signing on for a 23-show tour across Thailand and Cambodia. Since returning to Wisconsin, he finished writing and recording an album, “Lullabies & Faerie Tales.” He was nominated for several Madison-area music awards and won the Male Vocalist of the Year Award in 2019. Most of his music is available on his website: http://www.samness.us/.

Ness will be traveling throughout Wisconsin and Minnesota this summer (COVID-19 permitting) as part of a solo musical tour featuring performances in 19 separate venues including resorts, lounges, wineries and brewpubs.

That tour has been arranged and scheduled by Jonathan Little Productions, a talent agency owned by Jonathan Little-a life-long radio broadcaster and promoter of local artists. Little also helped arrange and produce the “Forgiveness” video. He received the Madison Area Music Awards Lifetime Achievement Award in 2007 and was inducted into the Wisconsin Broadcasters Association Hall of Fame in 2008.

“As this new video demonstrates, forgiveness is a paradox in which people are kind to those who were unkind to them,” according to Enright. “That’s something we can all benefit from in this time of coronavirus lockdown. Forgiveness has the power you can use to free yourself from past hurts so you can live a better life.”

About Robert Enright and the International Forgiveness Institute:

Robert Enright is a licensed psychologist and professor of Educational Psychology at the University of Wisconsin-Madison who pioneered the scientific study of forgiveness. The university recently named him the Aristotelian Professor in Forgiveness Science. Time magazine has called him “the forgiveness trailblazer” and The Christian Science Monitor labeled him “the father of forgiveness research.”

Twenty-five years ago, Enright co-founded the not-for-profit International Forgiveness Institute which has become the world’s largest online repository of forgiveness information. The Forgiveness Education Curriculum Guides he developed for children in pre-kindergarten through 12th grade are being used in more than 30 countries across the globe including Canada, China, Colombia, Iran, Israel, Kenya, Lebanon, Liberia and Rwanda. His grade-school Forgiveness Education Program in Belfast, Northern Ireland, has been in operation for 17 continuous years.