Prymrr, the 13-year-old rapper and dancer, known internationally for her lead appearance in Sia’s “Never Give Up” music video, has just announced her intent to take the stage and debut her newest songs at Alienstock in Rachel, Nevada. 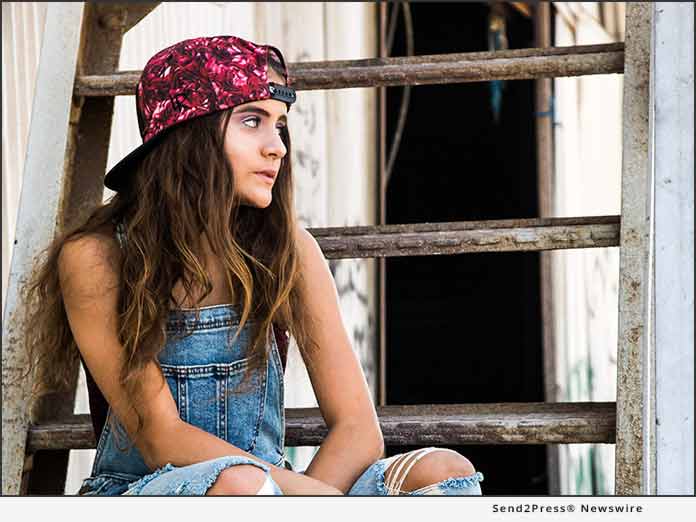 Prymrr, the 13-year-old rapper and dancer, known internationally for her lead appearance in Sia’s “Never Give Up” music video, has just announced her intent to take the stage and debut her newest songs at Alienstock in Rachel, Nevada.

Before Sia’s video, Prymrr first gained international acclaim at age 10 for her acting and activism as the badass little girl rapper in Pussy Riot’s “Straight Outta Vagina.” Her first single “GAMBLiN,” released when she was just twelve, won an academy award for Best Performance in a Music Video from the Young Artists Academy.

After false accusations and rumors that Alienstock was cancelled, Prymrr confirmed her appearance with the event organizer Connie West. With thousands expected to attend and artists traveling in from all over the country, Prymrr knew this once-in-this-universe experience was the perfect venue to debut her newest songs, giving an exclusive sneak peek into her upcoming album.

Alienstock is the original, on-location, extraterrestrial gathering of internet-centric friends and meme enthusiasts from all across the planet.

Prymrr was first approached to perform at Alienstock after meeting and interviewing the Storm 51 meme creator Matty Roberts, who hails from her hometown Bakersfield, Calif. However, When Roberts severed ties with the Alienstock Festival and decided to make an appearance at a one-night Vegas EDM show instead, Prymrr reached out to West to confirm her support of the Alienstock Festival in Rachel, Nevada.

“I considered following Matty to Vegas,” said Prymrr, “but when I learned the Vegas venue wasn’t taking in any of the other artists from the original Alienstock Festival, and that Connie was on her own with the organizing, I reached out to all the artists and we all agreed to ban together and keep this unique festival alive.”

Alienstock, organized by West, is a one-of-a kind festival held in the middle of the Nevada dessert in the town nearest to Area 51, the infamous government research center rumored to study UFOs and aliens.

The Alienstock Festival atmosphere will be very different that the glitz of a Vegas show. Artists and attendees will be at the festival for a weekend of stars, camping, music, art, and communing over the unknown of aliens and UFOs. Prymrr’s upbeat rap songs will add an atmosphere of positive celebration, unity, and out of this world hype.

Many feel the positive gathering of like-minded travelers and friends will be a time to share new music, relax and make new friends. “People come to Rachel to meet people and to interact, I hope people will go away with friendships,” West said in a recent interview.

Alienstock has been planned since July and is locally approved and supported, with volunteers stepping in to ensure the movement survives the loss of Matty Roberts involvement in the festival.

Alienstock will feature 2 stages, 35+ artists, a band stage headlined by Boots Electric (of Eagles of Death Metal), Willy Savage (@willy_savage), and an EDM stage headlined by DVDDY (@dvddymusic) and Prymrr (@prymrr) WITH FULL LINE UP TO BE ANNOUNCED in the coming days. There will be music all day, both days.

*Note: Alienstock has no other affiliation with any other organization or event outside of Rachel, Nevada.