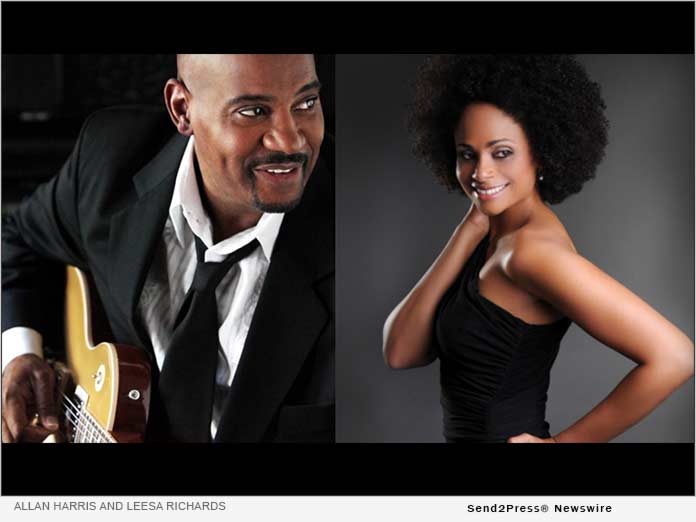 Both events will be hosted by popular D.J. Tamara G. of WLYF 101.5. Tickets are $15, at http://www.pompanobeacharts.org/programs/music-series or at www.ticketmaster.com.

Tickets will not be available at the box office and there will be no walk-ups.

“We are thrilled to open our doors to patrons once again,” said Phyllis Korab, Cultural Affairs Director. “We have all been looking forward to this moment for some time now, and these concerts are the perfect way to celebrate the return of live music, with a live audience, at the Pompano Beach Cultural Center.”

There will be limited in-person seating for these concerts and the City requests that all guests not fully vaccinated for COVID-19 wear a mask inside any City facility.

Ever since he burst on the jazz scene in the latter part of the twentieth century, The Brooklyn-born, Harlem-based vocalist/guitarist/bandleader/composer Allan Harris has reigned supreme as the most accomplished and exceptional singer of his generation. Aptly described by the Miami Herald as an artist blessed with, “the warmth of Tony Bennett, the bite and rhythmic sense of Sinatra, and the sly elegance of Nat ‘King’ Cole,” the ample and aural evidence of Harris’ moving and magisterial artistry can be heard on his fourteen recordings as a leader; his far-flung and critically-acclaimed concerts around the world, from Jazz at Lincoln Center in New York, and Washington DC’s Kennedy Center, to the 2012 London Olympics, and many prestigious bookings in Europe, the Middle East and Asia.

This soulful songstress will mesmerize you with her renditions of popular and timeless music, she sings with a core-resonating soulfulness that draws you in and allows you to experience the songs as a participant instead of a spectator.

A singer-songwriter, Leesa is a storyteller, a soulful voice offering a soundtrack to the narratives of life. The Detroit native’s sound taps into the deep roots of soul and the poetry of jazz.

She has performed with a slate of powerhouse artists including Faith Hill, Whitney Houston, The Bee Gees, Gloria Estefan, Jon Secada, Julio Iglesias and Oleta Adams and has recorded backing vocals for Barbra Streisand and Lenny Kravitz. Her debut solo album, Mother’s Child, is a rich blend of soulful ballads, rock and R&B showcases her gifts as a songwriter.

She began honing her vocal chops with soul greats Gerald Austin and Peabo Bryson and contemporary soul maverick Dionne Farris. Her first world tour was as a dancer with legendary singer Whitney Houston after which she combined her love for music and dance to earn the role of Mary Magdalene in the national tour of the Broadway musical, “Jesus Christ Superstar,” earning critical acclaim which led to featured performances throughout the US and Europe.

Special thanks to our music series’ sponsors WLRN Radio and The Marriott Resort Fort Lauderdale/Pompano Beach.

About the City of Pompano Beach Cultural Affairs Department