SAG Production comes to Wildomar! Surprisingly, in the midst of a pandemic when most businesses are operating in limited capacities or closed altogether, Wildomar Movie Ranch continues to develop partnerships with film producers to bring projects to the Inland Empire., Sussman-Hoyt PROductions announced. 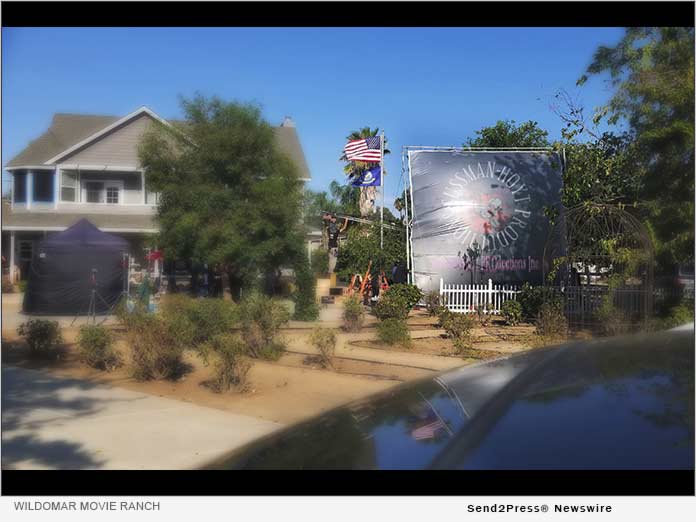 SAG Production Comes to Wildomar! Surprisingly, in the midst of a pandemic when most businesses are operating in limited capacities or closed altogether, Wildomar Movie Ranch continues to develop partnerships with film producers to bring projects to Wildomar and Lake Elsinore areas of the Inland Empire.

Last month, as a result of Sussman-Hoyt PROductions’ efforts, Wildomar and Lake Elsinore became hosts to a tightly controlled COVID-compliant, closed set SAG Hollywood film production. A recognized, award-winning-actress-turned-director, Jamie Anderson, was up against a tight deadline and had exhausted her search for ideal properties near LA to film her sitcom pilot. Along came Wildomar Movie Ranch!

Three properties offered by Sussman and Hoyt created the variety, immediacy, affordability, and privacy needed to complete the large 40-member cast/crew production and prepare it for anxious investors eager to fund the pilot in hopes of creating enough buzz to launch the series.

All this would not have been possible without the accommodating services provided by Sussman-Hoyt PROductions and their Wildomar Movie Ranch.

“They (Sussman and Hoyt) were so lovely and willing to do what it took to just make it work,” Anderson said.

The Wildomar Movie Ranch locations were ideal and found in the nick of time plus Sussman and Hoyt offered local resources and amenities for the cast and crew from local restaurants, hotels, and other vendors so the production could continue as planned, on schedule, and under budget.

“We were pleased to have done our part to bring revenue to our local businesses, especially those hurt hard financially this year,” said Hoyt.

Sussman passionately added, “And we do whatever it takes to prove that southwest Riverside county has the right stuff for the entertainment industry to produce its next projects right here. Wildomar Movie Ranch has other unique properties like caves, rivers, ranches and historic structures for filming. The region has the affordability and qualified talent. Plus, we have the added benefit of a professionally engineered sound studio and green screen room to create a world of possibilities. What else do you need?”

Wildomar Movie Ranch is a wholly owned subsidiary of Sussman-Hoyt Productions, Inc. (S-Hp), a California based corporation founded by CK Sussman (CEO) and LE Hoyt (COO) – two seasoned professionals with back lot film studio and LA music studio work to their credits. Both Sussman and Hoyt are experienced musicians and industry professionals, with independent proven track records as successful business owners and entrepreneurs.

More information about the recent film production is available in the featured Valley News story by reporter Jeremiah Tatola (9-3-2020): https://myvalleynews.com/wildomar-movie-ranch-offers-film-production-opportunities-away-from-los-angeles/

Learn more about the Ranch at: https://www.wildomarmovieranch.com/