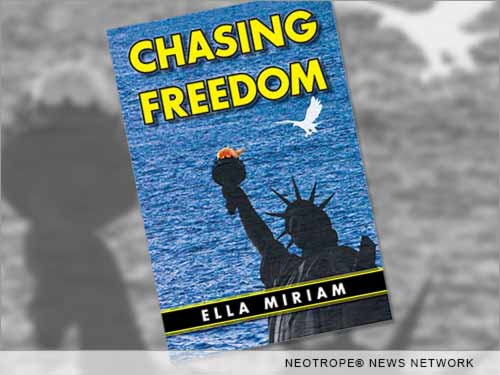 “Chasing Freedom” (ISBN: 978-0578164373) is a newly-released book authored by Ella Miriam that details her personal and compelling story from bondage to freedom. Born during the gruesome Nazi siege of Leningrad, Miriam’s childhood and early adulthood was spent in the grim Soviet Union of Stalin, Khrushchev and Brezhnev.

“My son urged me to write this book,” Miriam says. “He feared the story would get lost. This book has been inside of me for a long time.”

After marrying, she and her husband gravely struggled with the thought of leaving during the Cold War. It was one of the most terrifying decisions they would ever make and one which held potentially lethal consequences, but they did it.

The couple emigrated to Israel during the earliest stages of the Jewish Exodus and the story continues as her family adapts to Israeli life during the chaos of the Yom Kippur War and its aftermath in a new world of freedom, challenge and personal joys and sorrows.

After a devastating loss, Miriam recounts how America became her ultimate national home through a series of unlikely occurrences, replete with the opportunities and frustrations of life in a free and prosperous society.

Through engaging personal stories, Miriam provides the reader with insight into social dynamics, political events and emigration patterns. By exposing her own emotions, losses and naivete, she shares with the reader her wonderment, grief, disbelief and excitement.

To date, “Chasing Freedom” has only received five-star reviews on Amazon.com and sales have been strong.

One reader says, “Read this book. It will change your life.” Others call it “inspiring,” “masterful” and “amazing.” And another says that it should be required reading for every American high school student.

Ella Miriam has a Master’s degree in music from the Soviet Union. She has taught in public and private schools in the Soviet Union, Israel and the United States. Her real passion is teaching piano to children and sharing her stories. “Chasing Freedom” is her first book. She lives in Charlotte, N.C. with her second husband, Robert. She has three children and seven grandchildren.