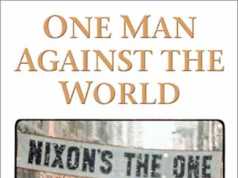 Book Review: Nix On Nixon – ‘One Man Against the World’

REVIEW: Richard Nixon embodied nearly everything that is evil about Conservatives, and then he added alcoholism and paranoia to the mix. In Tim Weiner's 'One Man Against the World: The Tragedy of Richard Nixon' (ISBN: 9781627790833), the revelations from Nixon's recently-released secret tapes go beyond the deceitfulness we already knew about Tricky Dick.

The post Book Review: Nix On Nixon – ‘One Man Against the World’ appeared first on MuseWire.

Software: Report: Over One Quarter of All Mileage Reimbursement Claims Are Overreported